The Best Fall Festivals for Families Across the U.S. 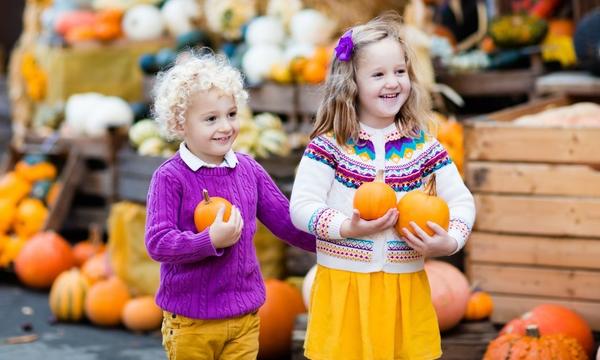 Is there anything better than putting on a sweater, grabbing a giant coffee, and watching the kids pick pumpkins? Or find their way through a corn maze? Or create jack-o-lanterns? The cooler weather and festive feeling fall brings creates the perfect environment for tons of activities for families - from festivals to corn mazes to haunted houses. Need help? Check out our round up of the best fall celebrations for families across the U.S. 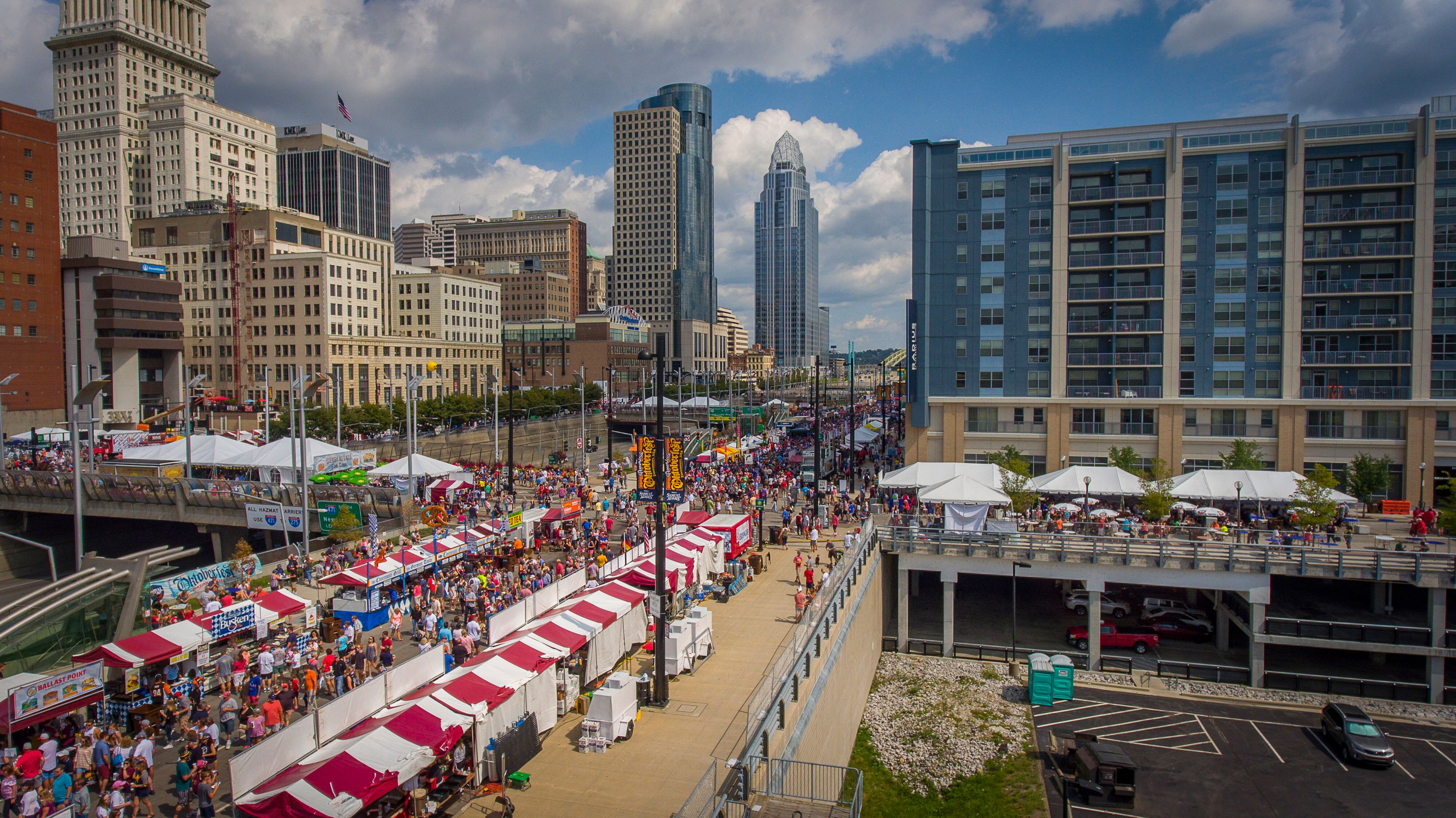 Oktoberfest Zinzinnati is America’s largest Oktoberfest celebration. Held on 2nd and 3rd Streets, between Elm and Walnut in downtown Cincinnati, this year's festival will take place on September 20th - 22nd. Oktoberfest Zinzinnati showcases the rich German heritage of Southwest Ohio, as well as tasty samples of German-style music, food and beer. First held in 1976, the event now attracts more than 575,000 people each year. With live music, tons of food, games, and the World's largest chicken dance, there is something great for everyone in the family to enjoy.

In 1867, Mount Angel, Oregon was founded by German settlers so it's no surprise that they celebrate their heritage with one of the countries largest Oktoberfest events. From September 12th - 15th, the city will be filled with shows, music, food, contests, and beer. Lots of beer. You can also find a golf tournament, street dancing, a half marathon, and yes, wiener dog races. 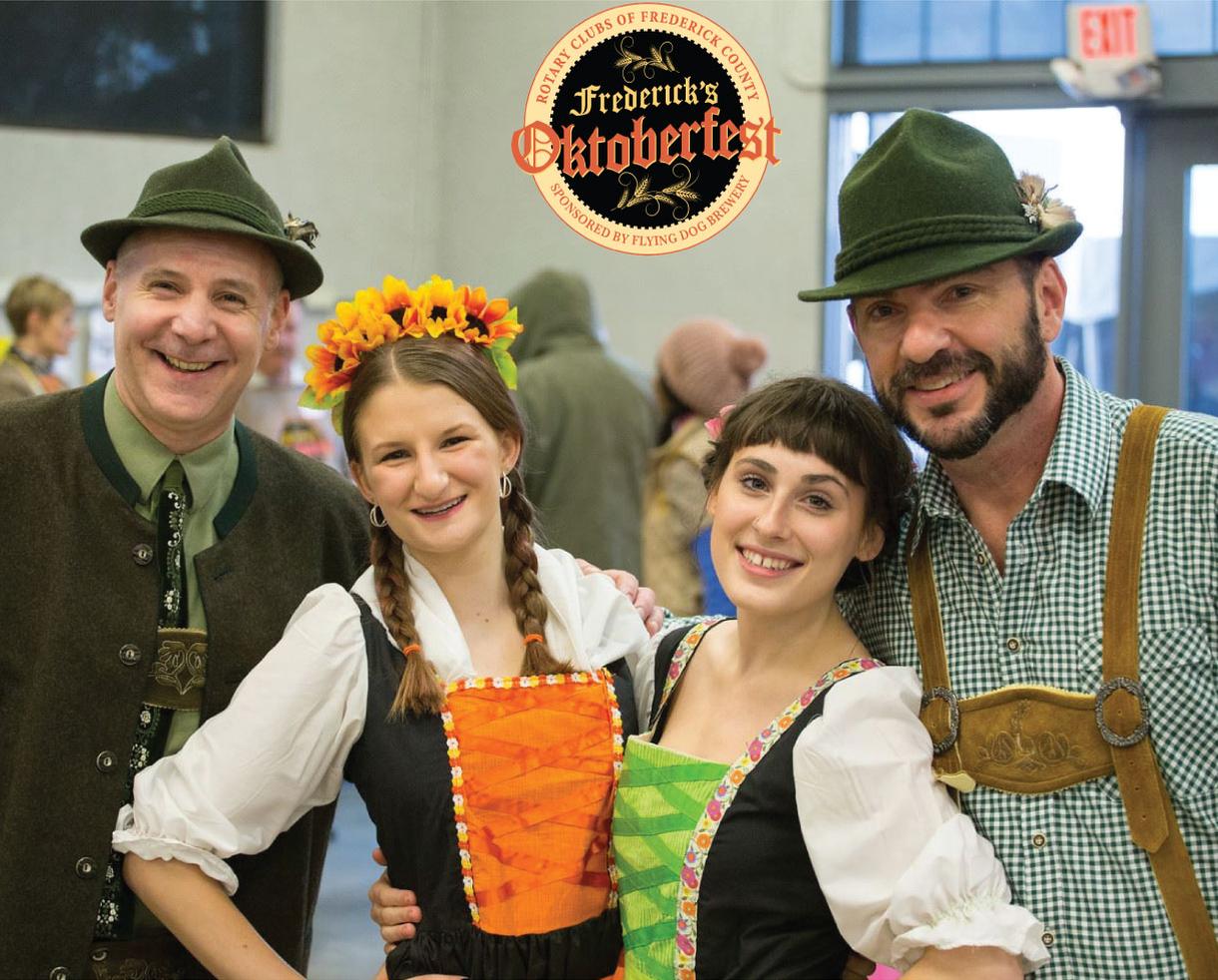 Dust off your lederhosen (we know you have them) and get your Oompah on. It’s time for Frederick's Oktoberfest on September 28th! Frederick's Oktoberfest is an event rich in tradition and history. Nosh on Bratwurst, imbibe some fine Oktoberfest bier, enjoy dancing, music, tons of kid-friendly activities in the German Heritage Tent and so viel mehr (so much more). Don't miss the yodeling contest, strongest man/woman contest or the Root Beer Luge. Plus, college football games all day and night in the Sports Tent! Take advantage of 67% OFF a Family Four Pack of tickets that includes a Kids-Zone All-Access Pass HERE.

Rise of the Jack O'Lanterns in New York and New Jersey 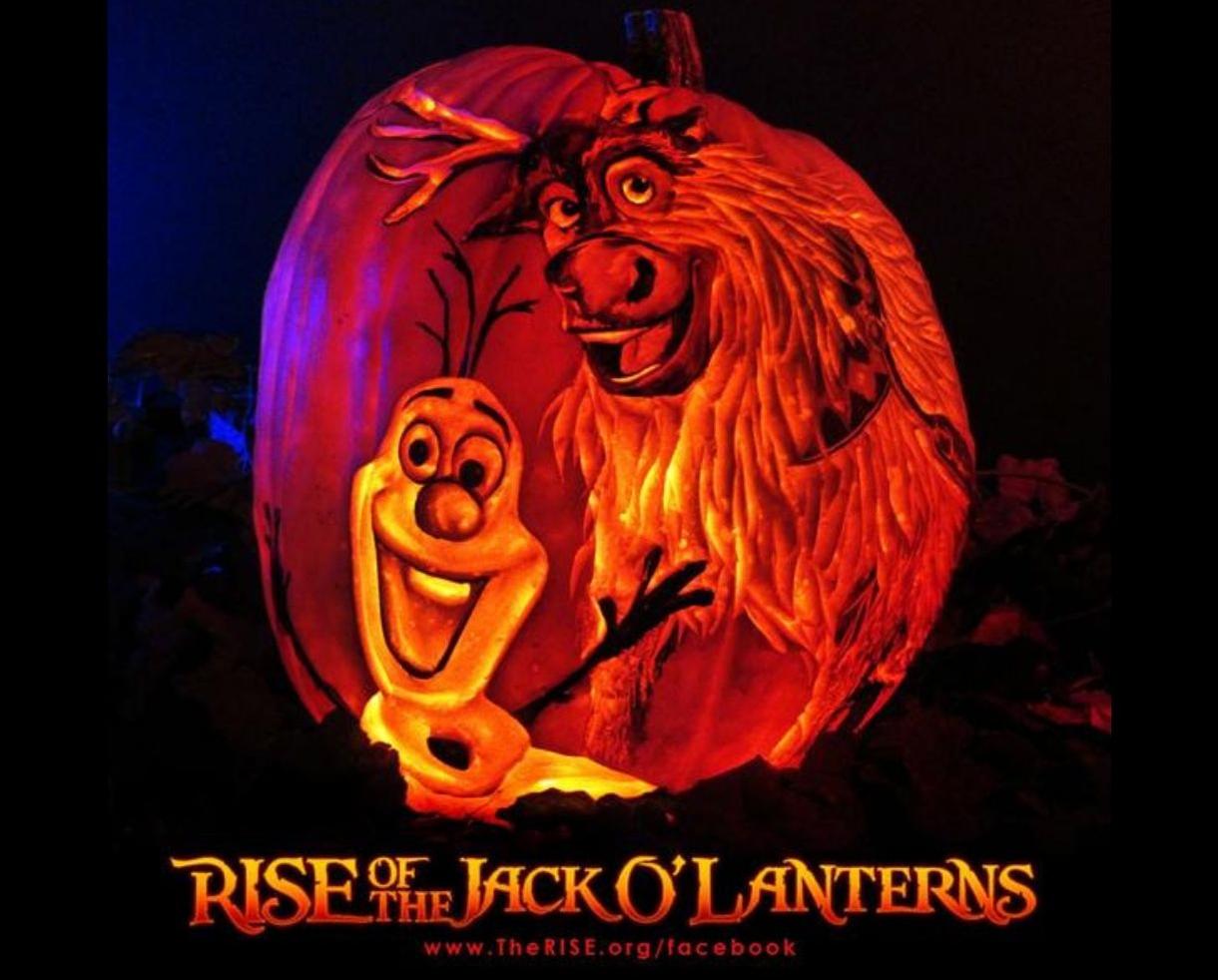 Photo Courtesy of Rise of the Jack O'Lanterns

America's most iconic and truly unique, family-friendly fall event is back this year and better than ever! At RISE of the Jack O'Lanterns events, visitors experience 1,000+ hand-carved illuminated jack o'lanterns creatively arranged along a scenic walking path and set to a musical score designed to bring out the fall spirit in visitors of all ages! This is a REAL pumpkin experience - all jack o'lanterns are hand-carved by artists using real pumpkins; a new batch of fresh pumpkins is carved each week! Save up to 50% Off Admission to RISE of the Jack O'Lanterns at Your Choice of FOUR Locations!

Calabasas got its name from the Spanish ​word “Calabaza”​ meaning “pumpkin”​or “gourd." Local legend has it that in the late 1700's, explorer Juan Bautista de Anza was traveling through the area now known as Calabasas when suddenly, his wagon full of pumpkins ​overturned. A few months later, the area saw its first pumpkin patch! ​More than 200 years later, the Calabasas community has made it a tradition to celebrate its namesake with friends, family, fun and of course, pumpkins with the Calabasas Pumpkin Festival. Join the family fun on October 19th and 20th. Watch the parade, eat pumpkin-flavored everything, shop in the marketplace, participate in Halloween-themed competitions, do arts and crafts with the kids- it's all there! 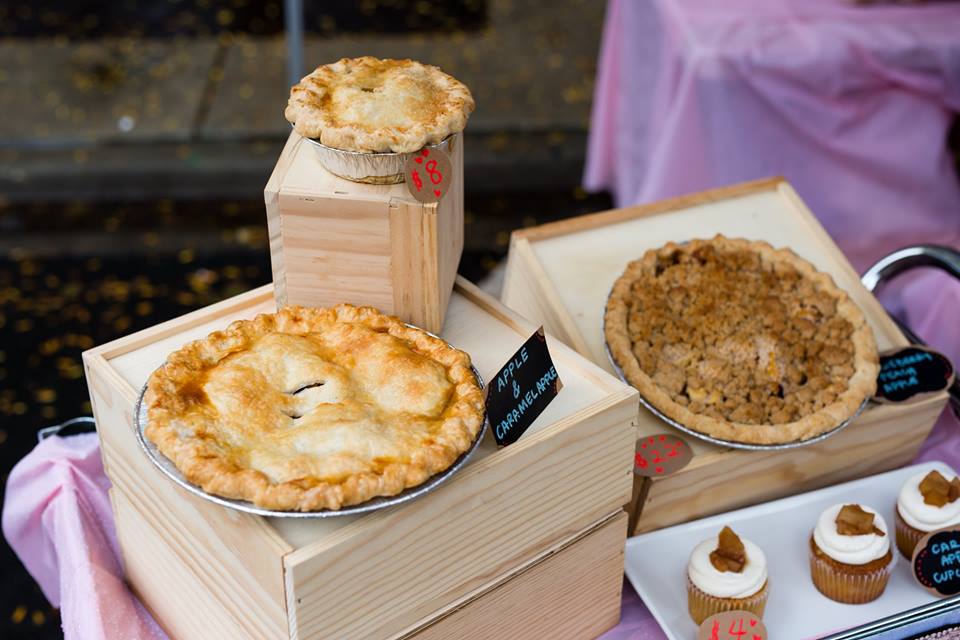 Craving the sweet taste of an apple? Then you'll want to head to Chicago on October 5th and 6th for the 32nd Annual Apple Fest! Dozens of vendors participate in the Lincoln Square Ravenswood Apple Fest every year, selling everything from candy apples to scarves and hats. Pick up fresh apple pie, hot apple cider, or even a whole bushel of apples! When you're finished, bring your food to the Lawrence Avenue Music Stage to hear great local music while you eat. BONUS: Kids will have a blast in the Leland Avenue Kids Zone with a ton of activities. 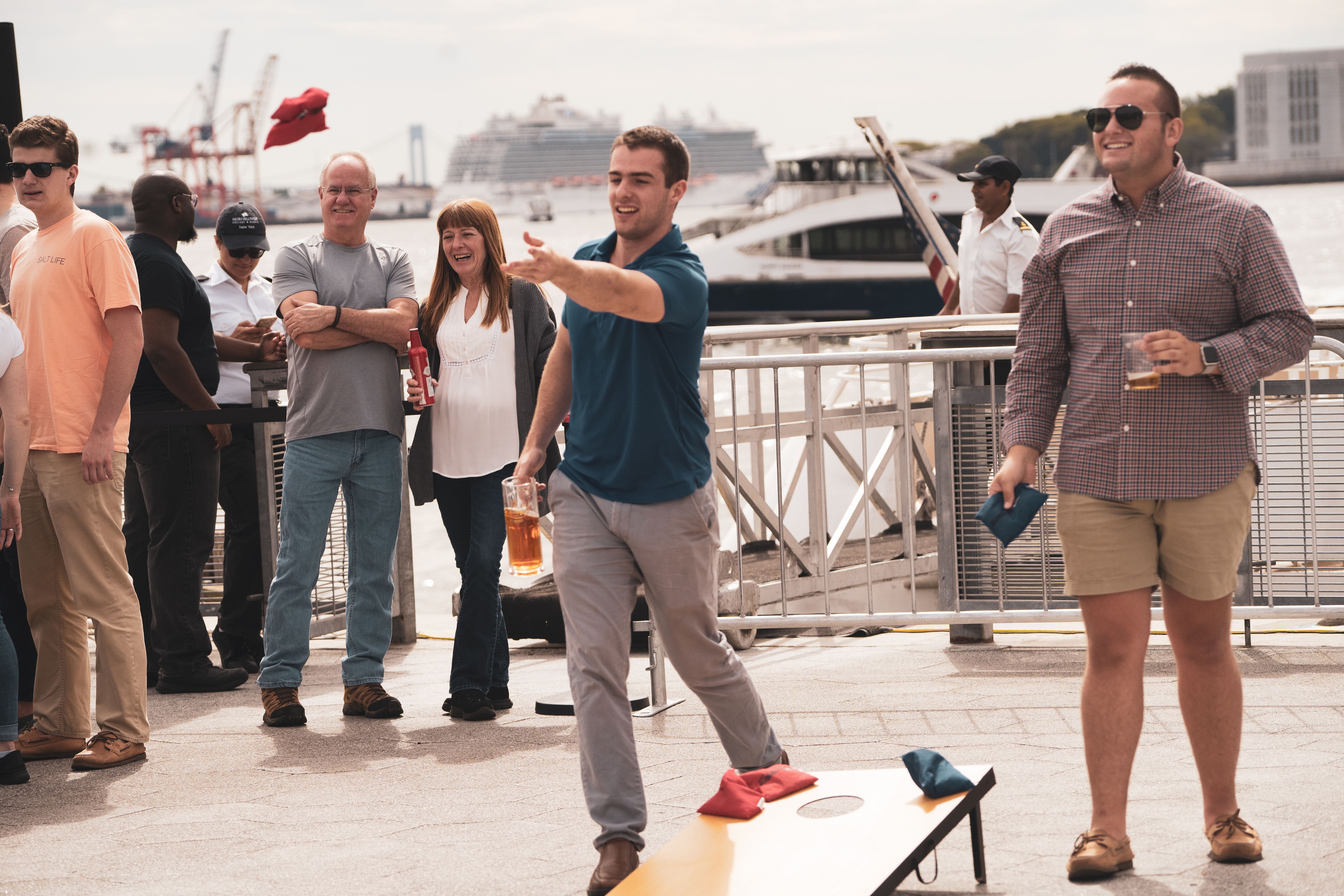 Photo courtesy of OktoberFest at Watermark

Experience Oktoberfest in New York City every weekend beginning September 13th to October 20th. Oktoberfest NYC is consistent with the one held in Munich! Event goers can expect German beer, food and masskrugstemmen (steinholding) contests like volley pong, corn-in-the-hole and ping pong games. The great music and traditional dress will make you feel like you're in Germany! Tip: Sunday's are the best days for families!

The Pumpkin Festival at Stone Mountain Park in Atlanta Georgia is the fall festival of our kids' dreams. From September 21st through November 3rd take in all the splendor of autumn as you embark on a day full of fun at the park! Enjoy family-friendly attractions including a treetop obstacle course, a scenic train ride, an all-new 4-D movie experience, and more! In the evening, take an enchanted evening stroll through classic storybook tales that come to life with 40 newly imagined scenes featuring massive carved pumpkin displays, glowing lights, rolling fog, boundless bubbles, and plenty of not-so-spooky, glow-in-the-dark adventures after sunset!

Oktoberfest by the Bay in San Francisco, California

Celebrate Oktoberfest by the Bay from September 20th - 22nd. This amazing event gives you the chance to celebrate Munich's famed festival in true tradition and spirit with nonstop music, singing, dancing and the very best in German food and drink. Headlining their stage will be the world renowned, 21-piece Chico Bavarian Band! 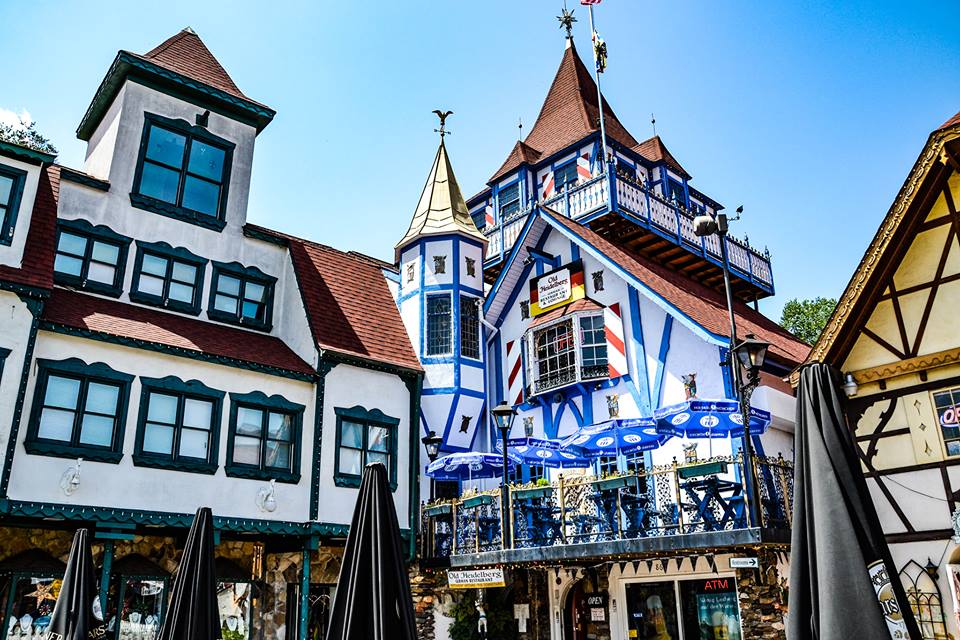 Helen's Oktoberfest runs from September 9th through October 27th. It begins with a parade through town. The celebrations are wildly different from weekday to weekend. Weekends are popular with tour and college groups, while weekdays tend to be a bit more family-friendly. Enjoy German music, food, drinks and dancing!

The GLOW: A Pumpkin Wonderland in Reston, Virginia 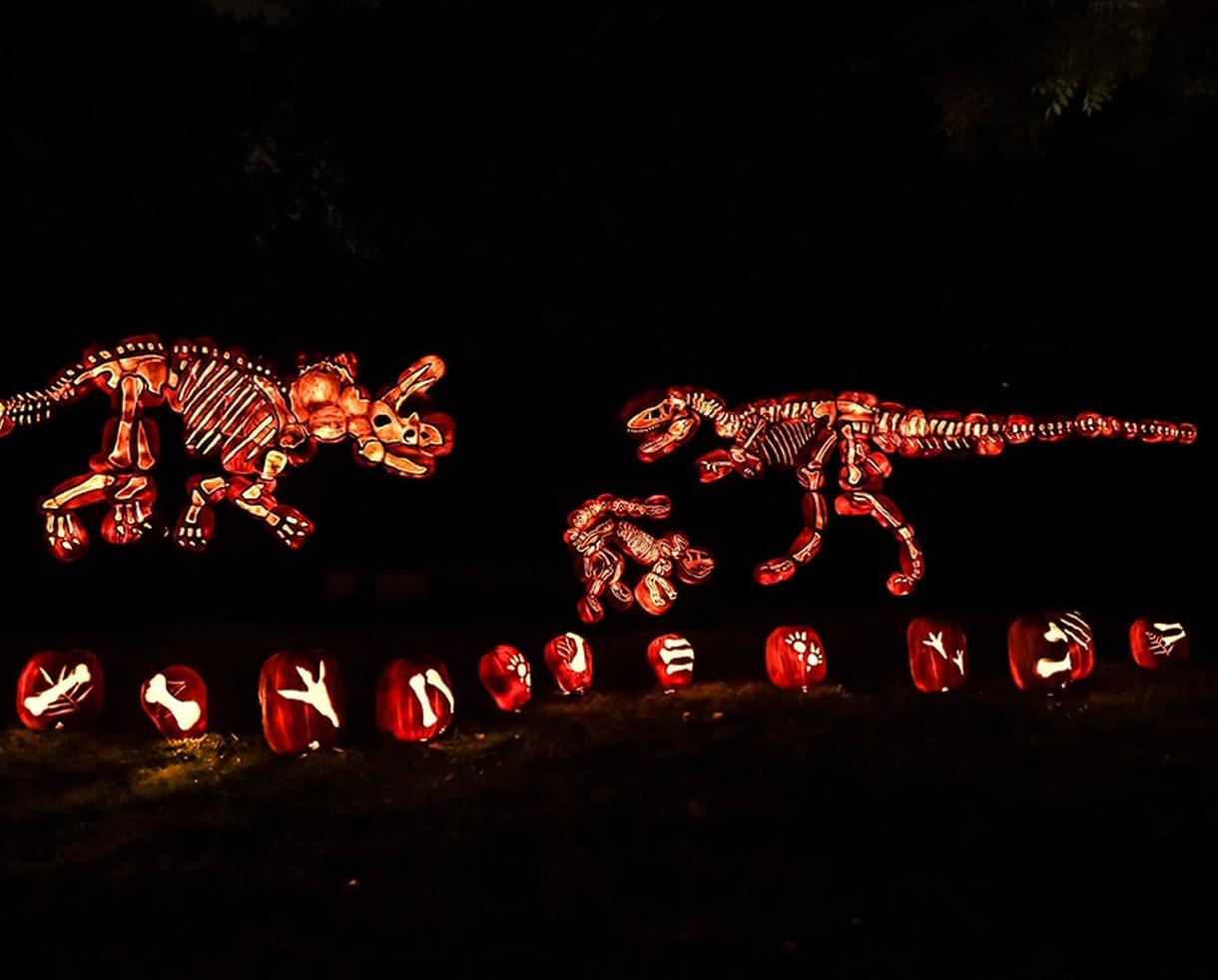 Photo Courtesy of The GLOW: A Pumpkin Wonderland

THE GLOW is an enchanting Halloween experience that features a pumpkin wonderland with thousands of hand-carved jack o’lanterns. From single pumpkin carvings to larger than life displays, THE GLOW’s master carvers bring the Halloween spirit to life. From September through October you can also enjoy a pumpkin patch, live carving demonstrations and tasty fall food and beverages. Perfect for all ages, THE GLOW is a great event for families, couples, and young adults alike. Get 20% off admission to The Glow: A Pumpkin Wonderland with CertifiKID's great deal!

The NH Pumpkin Festival is a 'don't miss' event! On October 18th and 19th the town of Laconia, New Hampshire hosts one of the most fun, family-friendly festivals of the year. You'll see pumpkin carving, live music and performers, a zombie walk, a 10K/5K run/walk, pumpkin bowling, a car show, and over 60 food and craft vendors. The true show stopper is the 34-foot Tower of Jack-O-Lanterns. So much fun for the whole family!

Autumn at the Arboretum in Dallas, Texas

For the 14th year, Autumn at the Arboretum, presented by Rogers-O’Brien, highlights the nationally acclaimed Pumpkin Village featuring pumpkin houses and creative displays utilizing more than 90,000 pumpkins, gourds and squash. The festival opens on September 21st and runs through October 31st. This year's theme is, “It’s The Great Pumpkin, Charlie Brown." Guests can snap selfies with Charlie Brown, Peppermint Patty, and Marcie behind the iconic brick wall, get lost with Pig Pen in the hay bale maze, and see the Peanuts Gang at their school house!

The National Apple Harvest Festival is held during the first two weekends of October. Located in the heart of Pennsylvania Apple country, the festival has something for everyone with hundreds of arts and crafts dealers, demonstrations, contests, food stands and entertainment. Special attractions include the Apple Auditorium and antique cars, steam engine displays, orchard tours, petting zoo, craftsman demonstrations, and appearances by the Pennsylvania Apple Queen! 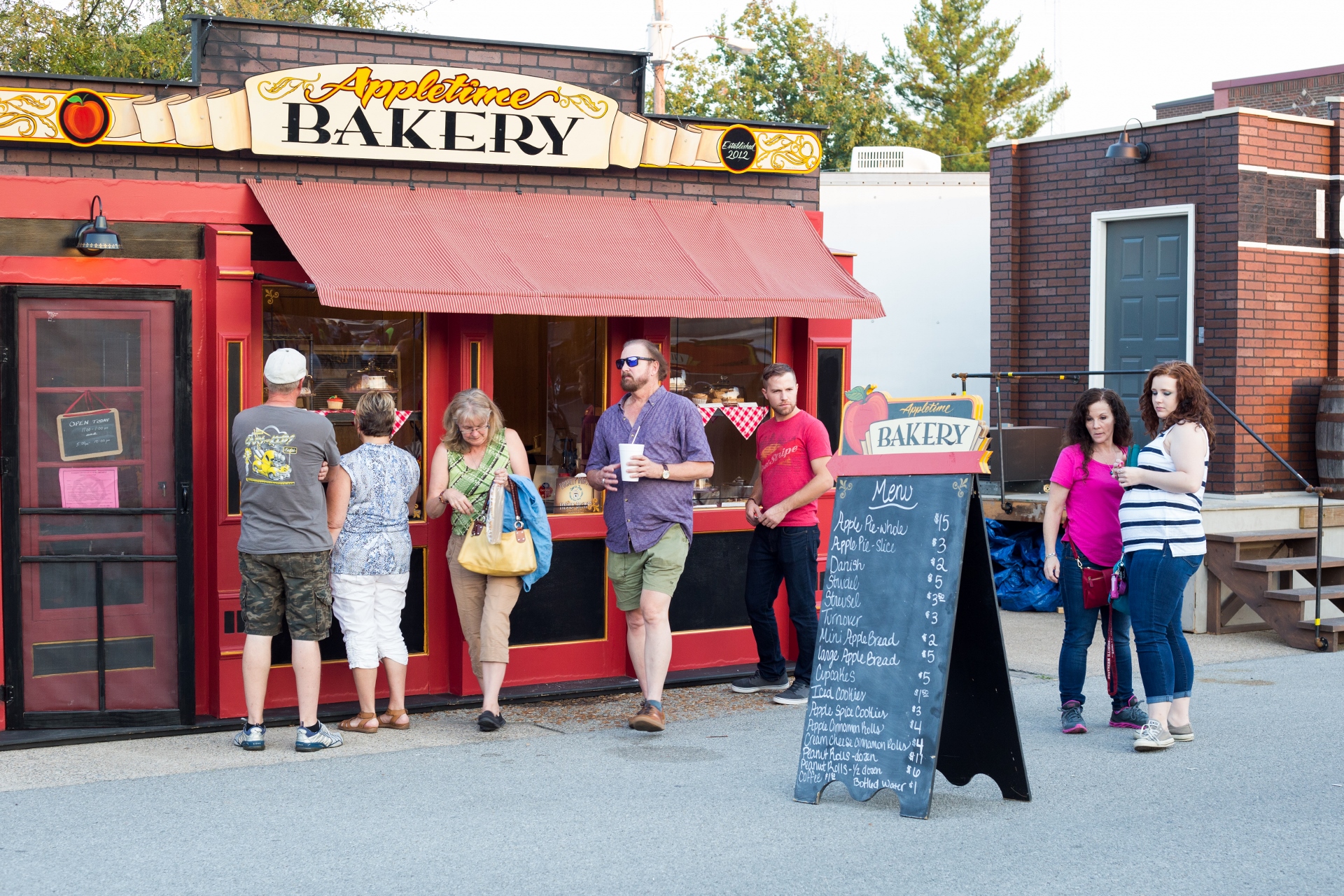 If you haven't heard of the Circleville Pumpkin Show then you're in for a treat. On October 16th through 19th the town of Circleville hosts one of the largest pumpkin shows in the U.S. Over 100,000 pounds of pumpkins, squash, and gourds are displayed. Little ones enjoy parades? There are seven in four days! Carnival rides, food, drinks, and arts and crafts give you so much do to you'll barely fit it all in. There is also a flower show and art show. This is truly an event for everyone. 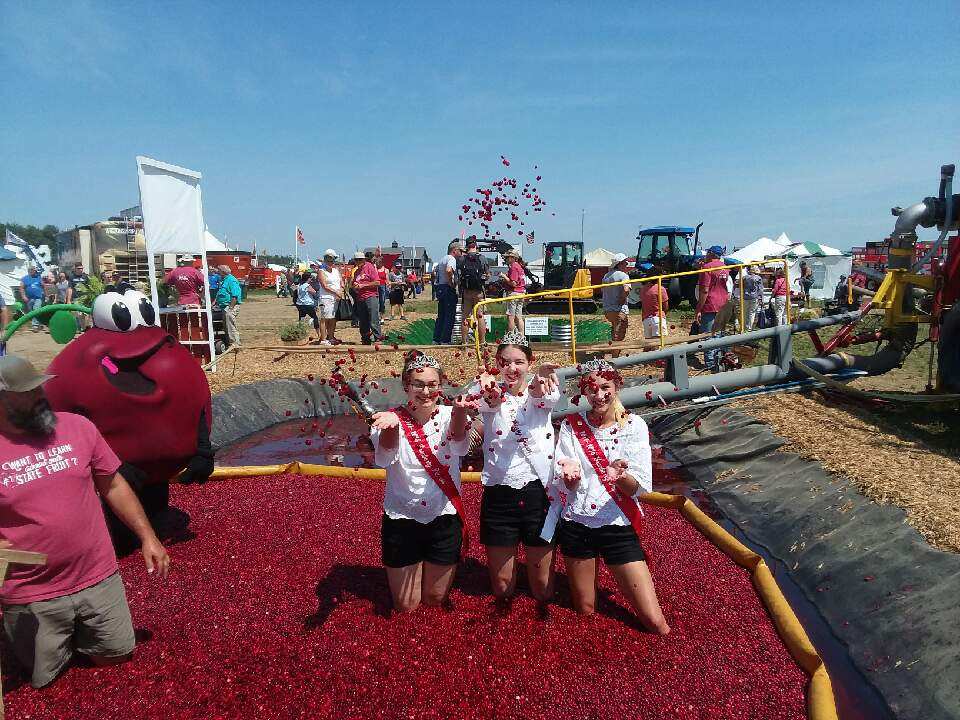 During the last weekend of September check out Warren's Cranberry Festival. The world's largest cranberry festival is filled with activities for the whole family. There are tons of contests like Biggest Berry, Button Design, Cranberry Chiffon Pie Eating, Photography and more. Not a fan of cranberries? That's okay, this festival offers food for any mood - homemade ice cream, fried cheesecake, homemade baked goods, soups, burgers, and sandwiches to name a few. Say farewell to September with the best cranberry fest in the world. 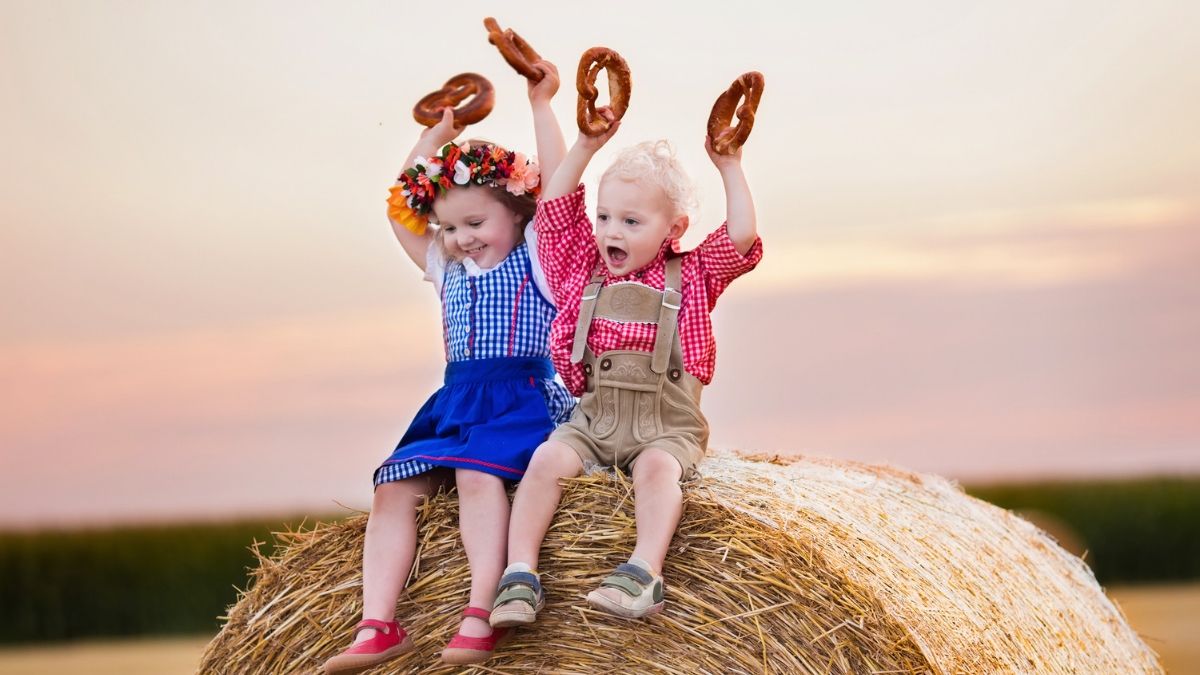 Did you attend a festival and just don't want the fun to be over? Do you have an active family and want more things to do this fall? We don't blame you, that's why we compiled this list of awesome Fall Family Fun that is sure to entertain everyone and save you money!

For more great activities to do with your kids this fall check out Things to Do With Your Kids in Washington D.C. in September.