Unique Ways to Celebrate July 4th With Kids in DC, Maryland and Virginia 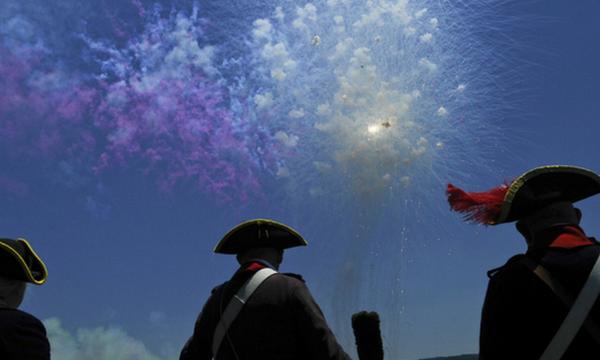 Trekking downtown to watch the spectacular Fourth of July fireworks display illuminate the sky above the Washington Monument on the National Mall is something every family should do at least once. However, if you've been there, done that and are looking for something a little different this year, check out these unique ways to celebrate Independence Day in DC, Maryland and Virginia with kids in tow.

An American Celebration at George Washington’s Mount Vernon | July 4th 9 a.m. – 5 p.m. | Mount Vernon, VA
Spend a truly inspiring day at a truly inspiring place! The kids will get a kick out of watching dazzling made-for-daytime fireworks shoot off over the Potomac River and listening to the roar of cannon fire during special military re-enactments throughout the day. Enjoy free birthday cake (while supplies last), a visit from General and Mrs. Washington, and a performance by the National Concert Band during its "Red, White and Blue" concert.

Kensington Fourth of July Bike Parade | July 4th at 10 a.m. | St. Paul Park
This event is open to all kids, and those young at heart, that wish to decorate their bike, scooter, wagon or stroller and follow a Kensington Volunteer Fire Department truck through the streets of Kensington! The Town asks that those wishing to participate begin lining up along St. Paul Street between Plyers Mill Road and Oberon Street by 9:45 a.m. 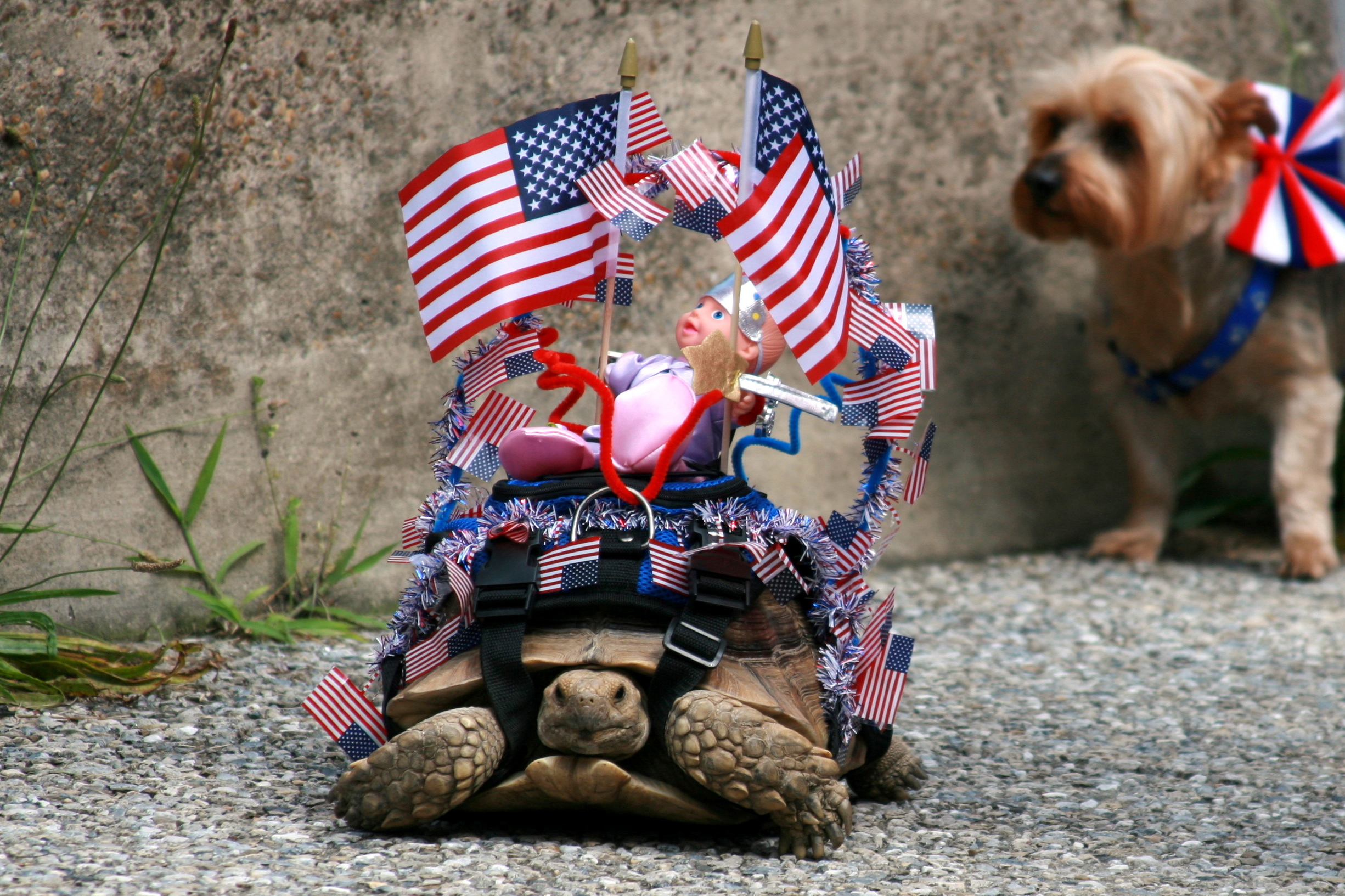 American Visionary Art Museum's July 4th Visionary Pets on Parade! | July 4th at 10 a.m. | Baltimore, MD
Dress your pet and come strut your stuff at this annual July 4th event at the American Visionary Art Museum. It's free to participate, parade, or spectate. Trophies awarded for Best Costume, Most Patriotic, Most Visionary Pet, Owner & Pet Lookalikes, Least Likely to Succeed as a Pet, Visionary Pet Tricks, and more! Friendly pets of ALL kinds are welcome. The best dog-gone parade in town is followed by the Pet Talent [or Not] Show! Then, sit and stay for a rousing game of pet musical chairs! Please note: Pets must be leashed or carried. Water and baggies provided.

Baseball! What better way to celebrate Independence Day than by watching America's pastime? 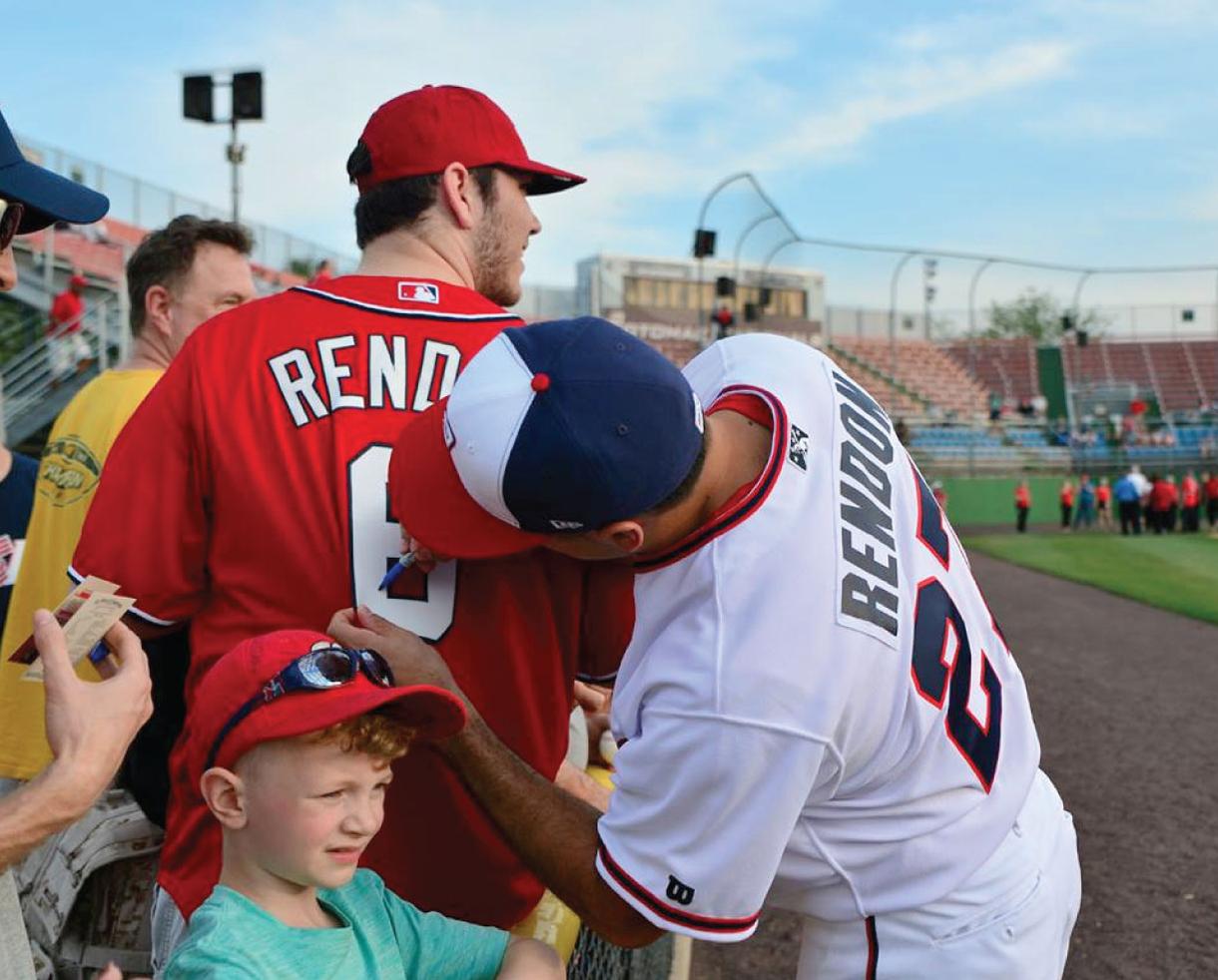 Aberdeen Ironbirds Salute to America/Fireworks | July 3rd at 7:05 p.m. | Aberdeen, MD
Watch the Aberdeen Ironbirds take on the Hudson Valley Renegades. Following the game, the sky above Leidos Field at Ripken Stadium lights up with the #1 rated fireworks show in Northeast Maryland!

Potomac Nationals | July 4th at 6:35 p.m. | Woodbridge, VA
Celebrate July 4th watching the Potomac Nationals take on the Salem Red Sox. There will be a mini American flag giveaway and the biggest post-game fireworks show of the season! 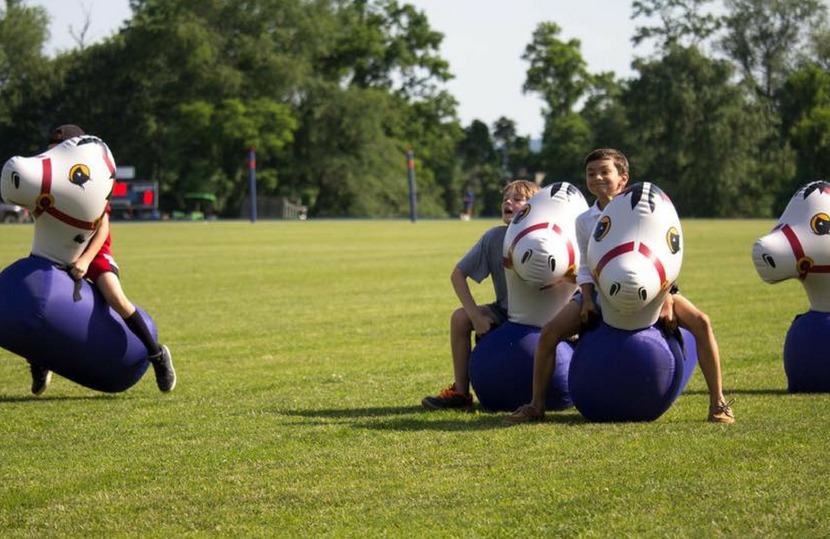 Banbury Cross Polo Club Independence Day Celebration | July 1st at 3 p.m. | Middleburg, VA
Family-friendly polo that is just as much fun for the kids as the grown-ups! Every Sunday at 3 p.m., Banbury Cross Polo Club hosts two exhilarating polo matches, half time divot stomp, Captain Morgan the donkey, pony hop races, moon bounce and more! Whether you're looking for a fun and affordable activity to do with your friends and family, or just want to enjoy the beautiful Middleburg countryside, come to Banbury Cross to experience fast polo matches, food, wine, and dancing! Tickets are $10 per person - Kids 12 and Under are FREE! 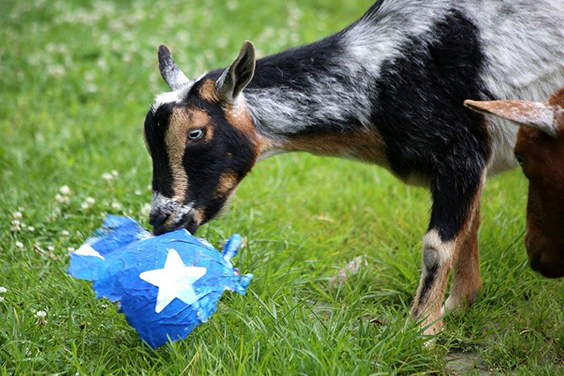 Red, White & Zoo Enrichment Day at Maryland Zoo | 10 a.m. - 4 p.m. | Baltimore, MD
Come to the Zoo for a day of special enrichment! Watch as the Zoo's animals receive special Fourth of July treats, including "fishsicles" and paper mache toys, and listen as zookeepers explain the importance of enrichment activities.

Firecracker 5K for the Troops at Reston Town Center | July 4th 8 a.m. | Reston, VA
Kick off your 4th of July with a 5K bang at the Firecracker 5K for the Troops presented by Leidos. Enjoy live music and show off your patriotism by waving American flags. Root for your favorite military branch in the "Battle of the Branches" competition! Free Tot Dash Fun Run at 8:55 a.m., followed by the 5K finish. All Tot Dash finishers will receive a bib and medal. 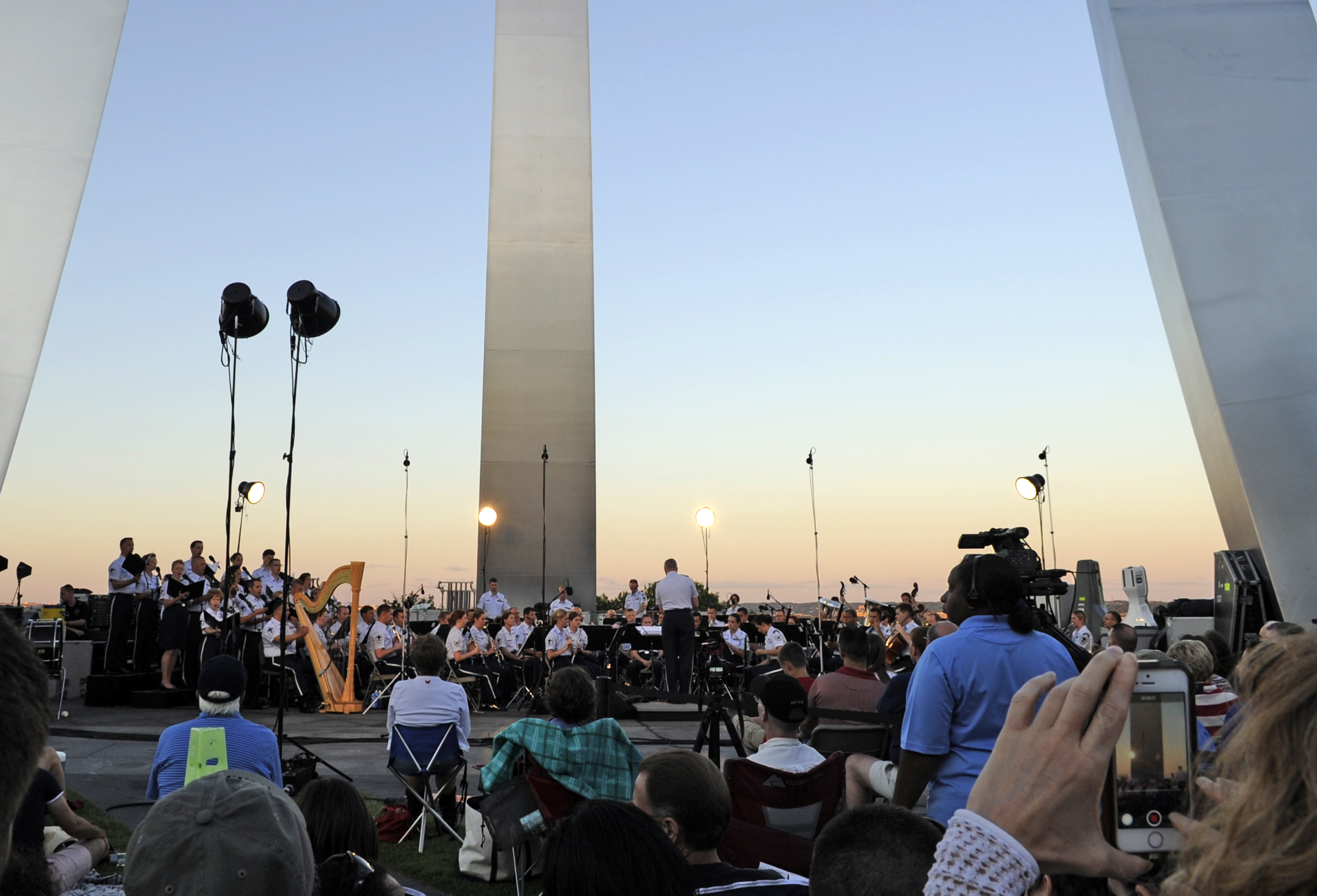 U.S. Air Force Concert Band and Singing Sergeants 4th of July Concert | July 4th 8 p.m. – 9:30 p.m. | Air Force Memorial in Arlington, VA
Special 4th of July concert featuring the U.S. Air Force Concert Band and Singing Sergeants. Stay at the Air Force Memorial following the concert to view the fireworks display over the National Mall. Additionally, there will be a special performance by the USAF Honor Guard Drill Team prior to the concert at 7:30 p.m. Free and open to the public, no tickets required. 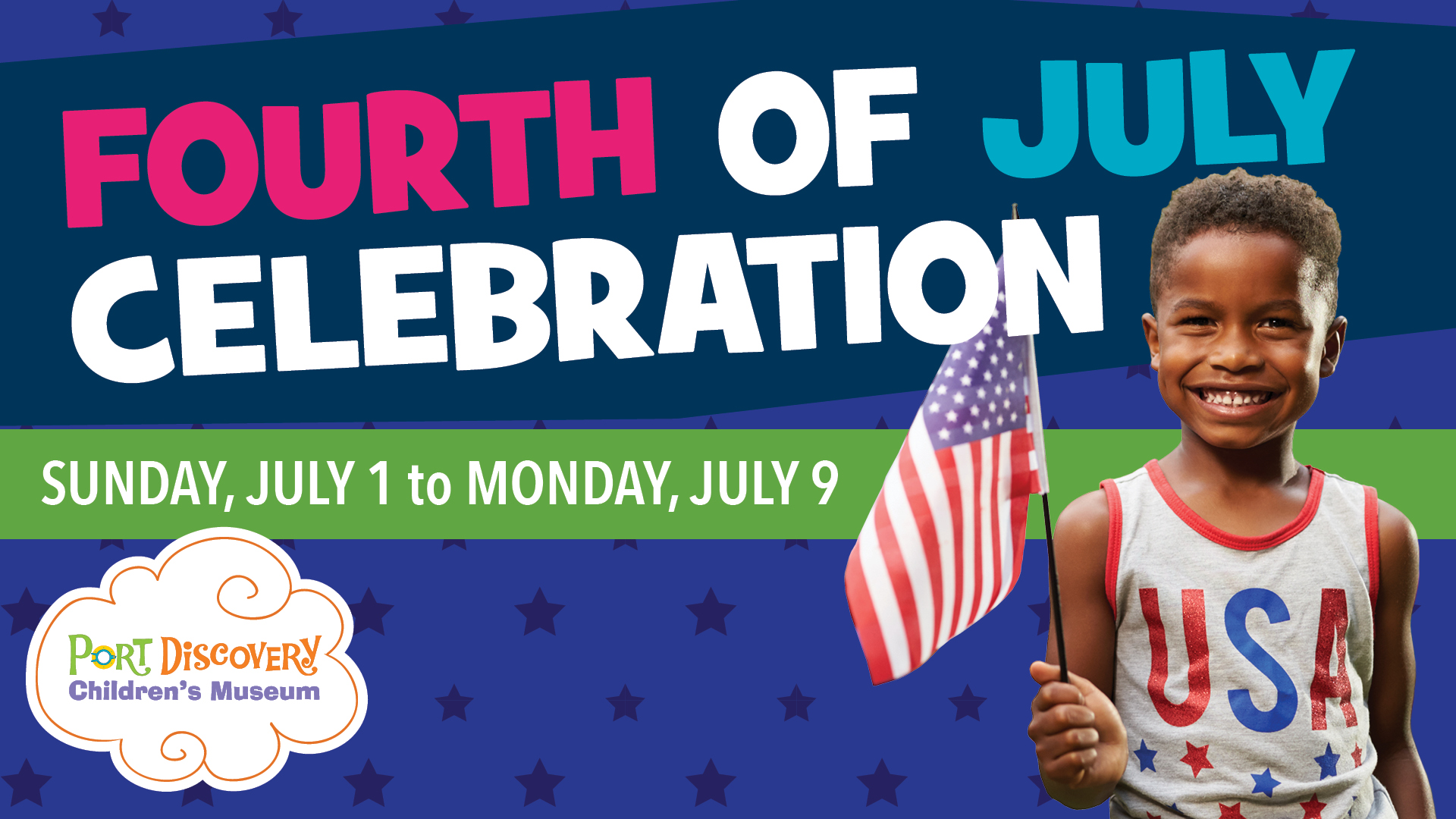 4th of July Summer Party at The Wharf | July 4th at 12 p.m. - 4 p.m. | Washington, DC
Celebrate 242 years of American independence with a kid-friendly party at DC's new hot spot, The Wharf. The wildly popular local kids' music band, Rocknoceros, will get the party started at noon with live music. There will also be face painting and games on the pier. The Waterfront Beer and Wine Garden opens at 1 p.m. for drinks and snacks and Thongband will play live, patriotic music at 2 p.m. Stick around into the evening for a great view of the National Mall fireworks from the pier.

CertifiKID was founded by a mom with a passion for helping parents provide the best experiences for their children on a budget. From outings to adventures, classes to camps, theater to sporting events, amusement parks to getaways, CertifiKID provides the best family-friendly experiences at unbeatable prices. Click HERE to sign up for family-friendly deals in your area and start saving!