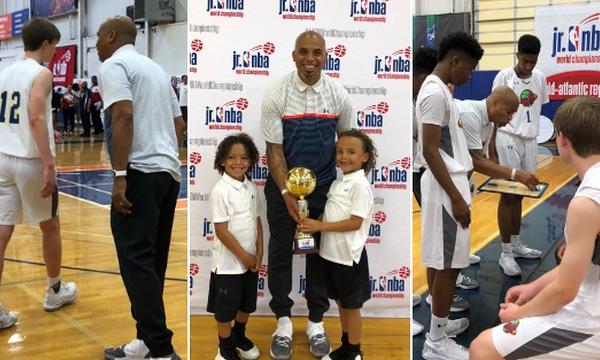 Positivity. Energy. Character. Competition. FUN. These are the things that stand out when you visit one of Slam City Management Group's basketball camps. Founded and run by Coach Walter Webb, an accomplished basketball player and coach, Slam City is a premier, year-round basketball training and player development program headquartered in Northern Virginia. 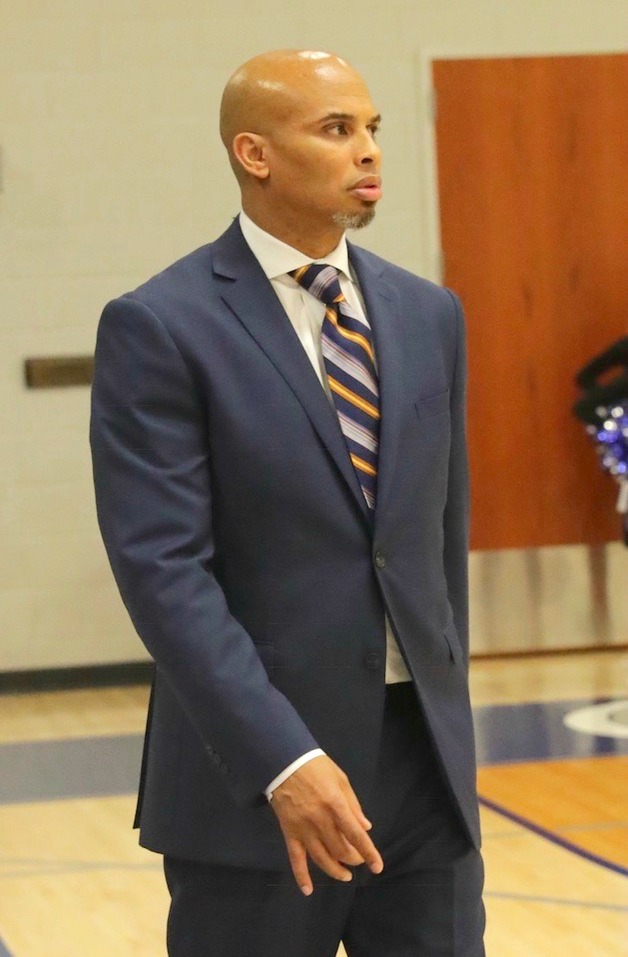 Slam City hosts ten weeks of basketball camp at the nZone in Chantilly every summer that attracts players of all levels and abilities -- from those just starting out to skilled youth athletes who want to train the Slam City way (Limited Time Offer: Save up to 69% off Slam City Basketball Camp). Their year-round Basketball Blue Print Program is the first all-inclusive basketball development program for players of all levels, designed to provide the consistency, training, discipline, and basketball smarts needed to take a player's game to the next level --- all at a fraction of the cost of most other basketball programs.

We recently sat down with Coach Webb to find out how he turned his life's passion into one of the best basketball training programs in the country.

What in your background inspired you to coach and create such an incredible basketball program for young athletes?

It all started with my parents who were both basketball coaches. I grew up in Upper Marlboro, Maryland. My dad coached at Bishop McNamara and my mom coached at Lorain and Lackey High Schools. They both ran their own basketball camps.

I grew up watching my parents do what I’m doing now; seeing how they developed and impacted the lives of the players they coached. They were more than just coaches. They used the gym as their classroom, teaching life skills in addition to basketball skills.

Also, as a player, starting at a very young age, I’ve had the opportunity to work with a lot of great coaches – from Boys and Girls Club teams to school teams to high school at Bishop McNamara to college to semi-professional in China – that had a major impact on my life both on and off the court.

Slam City is the only program in the region, and one of only 15 organizations in the world, in the Junior NBA Flagship that is endorsed by the NBA as being best-in-class in teaching.

It’s not just a numbers game for us. We really want to teach.

We allow kids to play, and then we go back and show them what they didn’t do well so they can fix it. All kids in our camps get handwritten report cards every Friday that break down everything from their behavior, how they play with their right hand and left hand, how they jump, how they run, their knowledge of the game, their knowledge of the positions they like to play. We make sure both the kid and parent get specific feedback on what the kid needs to do to improve.

What separates us from other programs is structure and discipline.

Kids need to have fun, but they are also thirsty for structure. To become a great basketball player, you have to be disciplined and be able to follow instructions to develop your basketball IQ. We teach kids to give coaches reasons to keep them in the game as opposed to sitting them out for not following instructions. Following instructions is a full-time job in all phases of life, both on and off the court.

What can a player expect during their week at camp?

Players can expect a lot of basketball – a lot of drills, shooting, offensive and defensive work, and also a lot of games. They can expect to go home exhausted at the end of each day because we are going to challenge them both physically and mentally. They will get the opportunity to both learn the game and play the game.

Tell us about your training philosophy and the opportunities available within your program.

I had a lot of success early in my coaching career (I won 7 National Prep School Championships), which attracted many high-profile, elite athletes to my program early on. I have since shifted the program’s focus from solely elite players to also encompass developing grassroots players at a young age – as young as 5 – to mold them early on and give them the prerequisites they need to be the players they want to be. I changed my mission statement to “Committed to training the overlooked to compete against the overrated.”

We have small group training that starts at age 5 and goes all the way up to age 18 – both coed classes and all-girls classes. We also have Pro-Prep Leagues for Kindergarteners through 8th graders where kids get the opportunity to play every Saturday, and a Travel Basketball Program where kids play in tournaments against teams from all over the DMV.

We also have individual training and, of course, our camps – ten weeks in the summer, spring break, and school holiday camps.

Tell us about your Basketball Blue Print program.

The average basketball program costs parents about $3000 per season. The Basketball Blue Print is an all-inclusive, 12-month train, practice and play program for all skill levels that includes two days of training/week, three Pro-Prep League seasons plus Summer Circuit season, and one full week of basketball camp – all for the same price the other programs charge for just one season.

Many people say we should raise our prices – that our fees should be much more expensive based on our expertise. It’s not about that for us. We understand how much everything costs for kids, especially in this area – there’s a lot of money going out the door for parents. That’s the reason we have the Blue Print Program and why we maintain such a low cost for our summer camps – as low as $99/week for full-day camps during special early promotions.

With your programs, you train more than the sport, you also guide kids off the court. Can you tell us more about that?

When you ask kids to run laps, there will always be a couple that take shortcuts. I try to get the kids to understand that there are no shortcuts in life, whether at practice, at school, at home, or in the workplace. If you want to be great at something, you have to put the time and effort in.

We teach what it means to be a student athlete, and that they are student before athlete. As a student athlete, your days are longer, you are fatigued after practice, but you still have to get your homework done. We teach them life skills like time management; how to break down their days and their weekends. Saturdays and Sundays aren’t two days off for a student athlete, they are two days to get ahead. Our motto is that you don’t go to sleep until your work is done.

We pay close attention to how kids treat their teammates, their peers. We teach them how to talk to coaches. We show them how to be a supporter, a promoter, a cheerleader; how to have positive body language.

What advice would you give kids that want to play basketball in college or beyond?

Do you have any personal stories you’d like to share about kids you’ve coached who have gone on to achieve success?

Sure, I mean, I don’t know how much time you have. I have a lot of them.

You take Kyle O’Quinn. I started training Kyle his sophomore year of college. He was getting minimal playing time. I said to him one day during a training session, “8 or 8? You can work for $8/hour or you can work for $8 million dollars. The choice is yours, but you have to make up your mind right now.” He made up his mind and two years later he was drafted by the Orlando Magic. He played with the New York Knicks and is now with the Indiana Pacers. We do two weeks of Kyle O’Quinn’s camps every year.

It's little things like that. Sometimes the ball is bouncing when you are teaching, and sometimes you just stop the ball and talk.