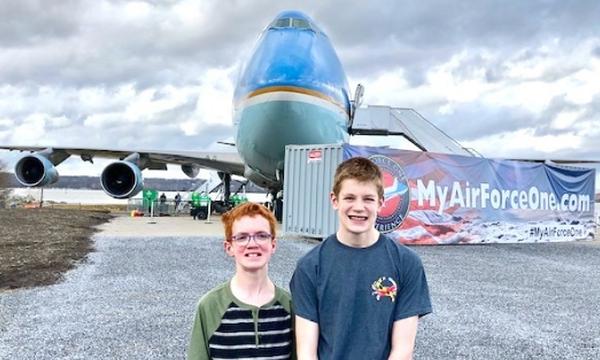 A full-size 747 recreation of the President's airplane is currently parked at National Harbor and available for tours. The Air Force One Experience is a temporary, traveling exhibit designed to help educate children about America's political history. It arrived from Rhode Island by barge via the Potomac River a few months ago and is open to the public through January 6th before traveling along to its next destination.

We sent one of our CertifiKID team members and her kids to tour the Air Force One Experience. She received free admission in exchange for providing an honest review. 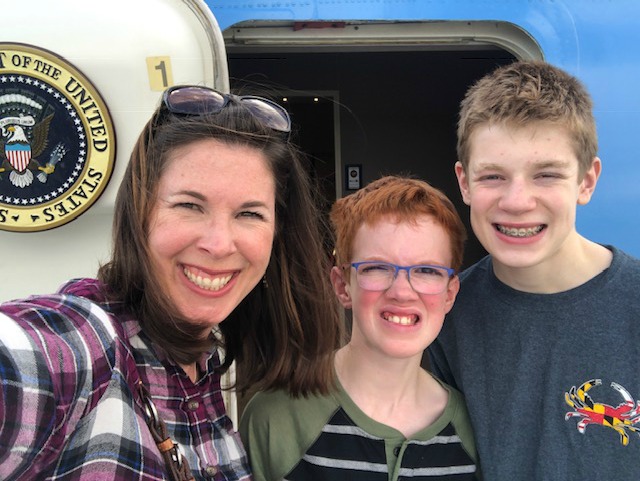 The Air Force One Experience includes exhibits outside the plane and inside the aircraft. There is an interesting audio tour to follow along on your smartphone, narrated by the chief flight attendant for 18 years, Chief Master Sgt. Howie Franklin. The audio tour was easy to follow and signs were clearly marked at each stop for the audio to play.

Outside the plane, tents were set up at various stops for audio updates. We learned lots of fun facts about the military-designed 747 plane and how it is a masterpiece of technology and engineering: built with 6 million parts, 200 foot wingspan, weighs 1 million pounds, stands 6 stories high, took 4 years to build and can fly 8,000 miles without refueling...and tons more! 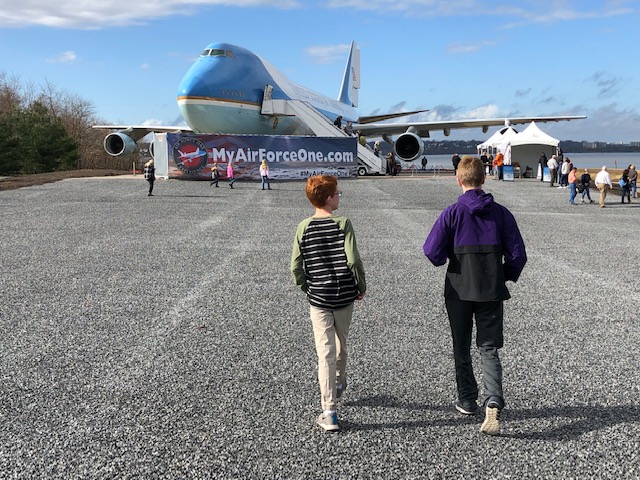 We entered the plane from the back and climbed a NASA stair truck from the Kennedy Space Center. We literally walked up into the plane on the same footsteps as American Astronauts! Inside the plane, we first learned about early presidential travel and how it has evolved over the past 240 years. George Washington traveled in Horse and Carriage, Abraham Lincoln traveled aboard locomotive, William Taft was the first President to travel by automobile...and finally Theodore Roosevelt was the first President to fly in a plane.

Down another hallway is a photo gallery of all the Presidents who have traveled aboard Air Force One, with 1-2-minute audio descriptions for each. There were tons of interesting facts: The Kennedy's hired a designer to update the exterior of the aircraft, which included adding the iconic "United States of America" on the plane in the same font used on the Declaration of Independence. Nancy Reagan designed the interior of the plane. President Obama flew with his dog and President Clinton enjoyed listening to Rock and Roll from his boom box!

In addition, we saw the Conference Room, Infirmary, Oval office and Sleeping quarters...and the ACTUAL candy bag. Ever since President Reagan flew aboard Air Force One, the crew always packs a big tote bag FULL of candy - jelly beans and chocolates. 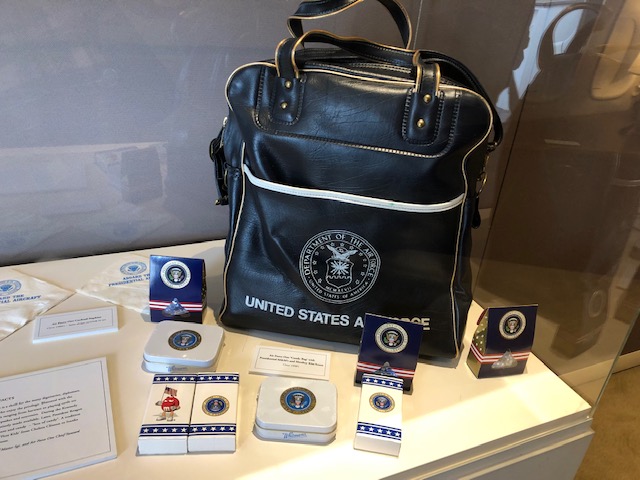 The plane tour starts at the back and we worked our way to the front. After seeing all the exhibits, we walked down the steps out the front door and took the famous "wave" picture, that every President does. 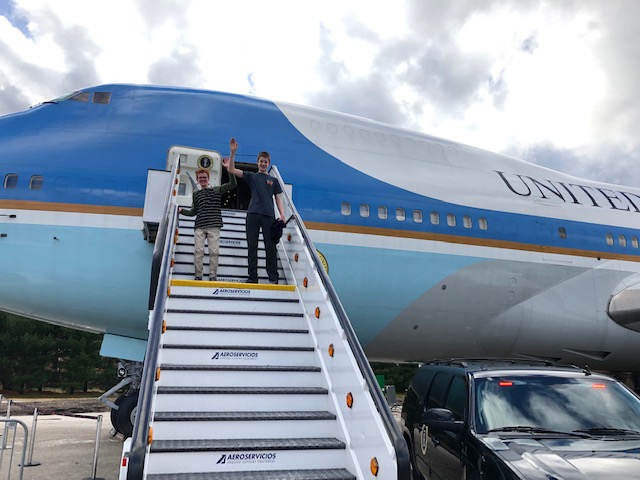 Overall, we enjoyed the tour. We wished there was more to see inside the plane. We did not get to see the kitchen or the flight deck and cockpit. There was no access to the second level. The conference room and sleeping quarters were roped off, so we could see them, but not go in them.

The Air Force Once Experience is located at National Harbor. It was very easy to find and clearly marked with good signage along the roads. Parking for the exhibit was clearly labeled for the South Pointe Parking lot. It cost $5 to park and we were given a parking pass for 2 free hours in any parking garage in National Harbor for after our visit.

It was quick and easy to get into the exhibit. We had tickets with a 10:45 a.m. stamp and arrived closer to 11:30 am. There was no problem getting in later. There were no lines.

Recommended Age Range for the Activity

My children are 11 and 14. They were the perfect age and enjoyed the tour. Kids younger than 7 or 8 may not enjoy the tour as much, as it is audio and text heavy.

Time Recommended to Enjoy the Experience

We completed the tour in 1 hour.

It was warm (66 degrees) the day we went. The doors of the plane stay open, so I imagine the plane might be chilly in colder weather. 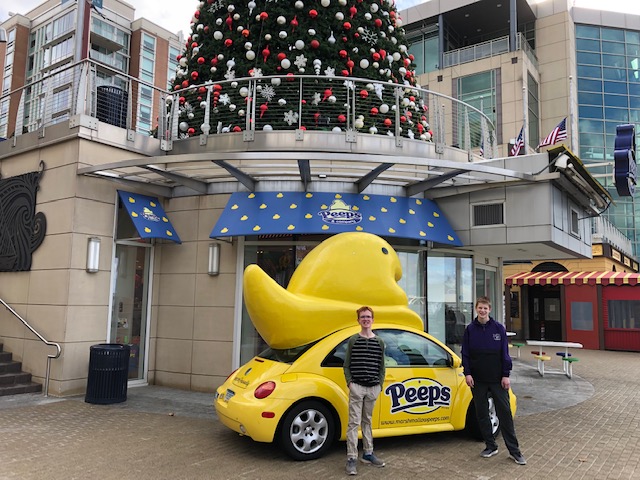