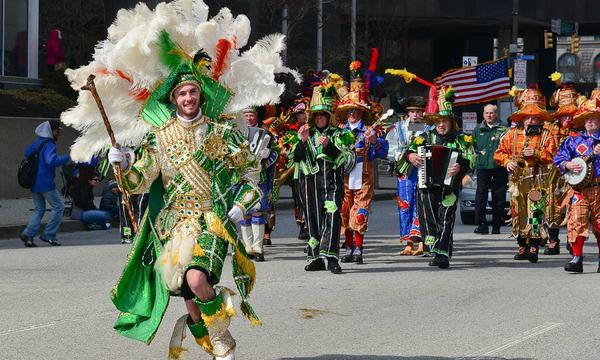 Irish heritage runs deep in Baltimore, which was a leading destination for Irish immigrants to the United States during Ireland's Great Hunger in the mid-1800s. The Irish became an integral part of Baltimore's social fabric and their impact continues to this day. Don your green and come celebrate Baltimore's Irish roots at one of these festive St. Patrick's Day celebrations. As always, may the luck of the Irish be with you!

Celtic Canter 5K & Irish Celebration, Westminster, MD
Lace up your running shoes and hit the pavement for the Celtic Canter 5K to benefit local charities Access Carroll and Target Community and Educational Services. For kids 12 and younger, there is a 1-mile leprechaun chase. The Celtic Canter takes place on Saturday, March 9th at 9 a.m. in historic downtown Westminster beginning at the intersection of Railroad Avenue and Main Street. Celebrate your strong finish with a post-race Irish Celebration, which includes food, live music, and art vendors and a Kid's Kingdom with Irish games, entertainment, crafts, face painting and more -including the kid-adapted Scottish Highland games.

Baltimore St. Patrick Parade
For more than 60 years, the Baltimore St. Patrick Parade has been delighting crowds with Irish music, dance, culture and songs, drawing thousands of spectators to the streets and sidewalks of downtown Baltimore and the Inner Harbor. The parade steps off at 2 p.m. on March 10th at the Washington Monument, proceeds south on Charles Street, and continues east on Pratt Street to Baltimore's Inner Harbor. Reserve discounted parking in advance through the Parade's official parking partner, SpotHero. 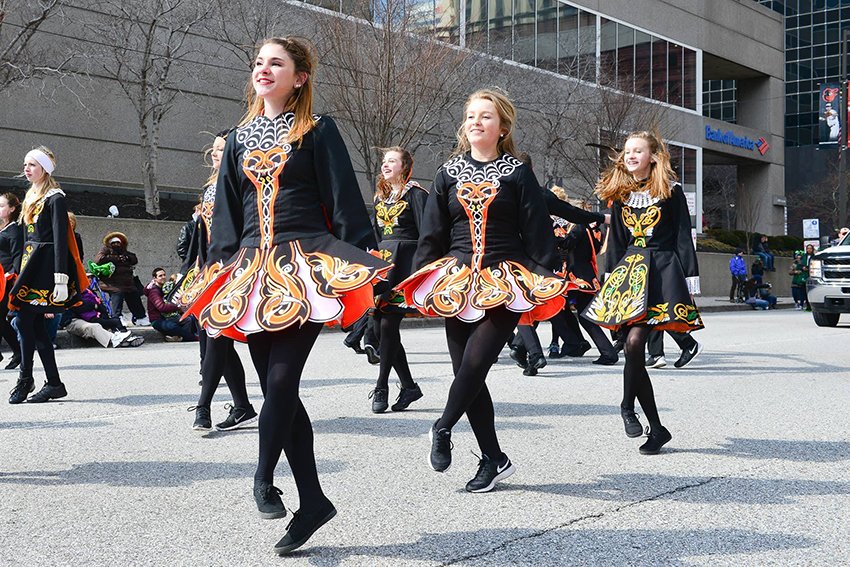 St. Patrick’s Parade and Festival, Annapolis
Back for its seventh year, the Annapolis St. Patrick's Parade and Festival has grown into a highly-anticipated event, featuring decorated floats, bagpipers, drum and pipe groups, dancers and more. This family-friendly day of fun takes place at the City Dock on March 10th starting 11 a.m. with entertainment, food, face painting and more. The parade begins at 1 p.m. 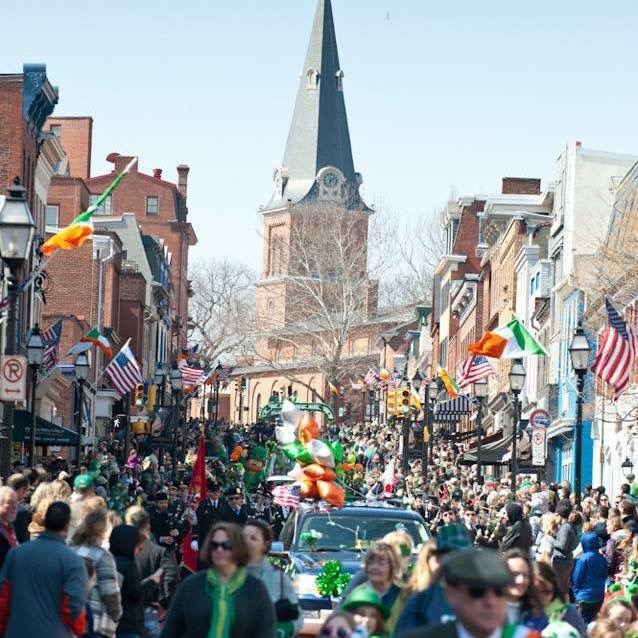 Visit the Irish Railroad Workers Museum
The Irish Railroad Workers Museum is part of a larger history-rich community in southwest Baltimore, unusual because still intact, consisting of places where a large number of Irish immigrants that came to America to escape Ireland's famine in the mid-1800s lived, worked, worshipped, and were buried. The Museum consists of two renovated alley houses in the 900 block of Lemmon Street; one furnished to reflect the lives of the Irish-immigrant family who lived there in the 1860s and the other that offers changing exhibits relating to Irish-American history. On Saturday, March 16th from 11 a.m. - 3 p.m., the Museum is hosting a Children's Heritage Event that includes crafts, story time, language fun, lunch, live musicians and dancers, and magic featuring magician Marc Charisse. The cost is $10 per person, or $35 per family. 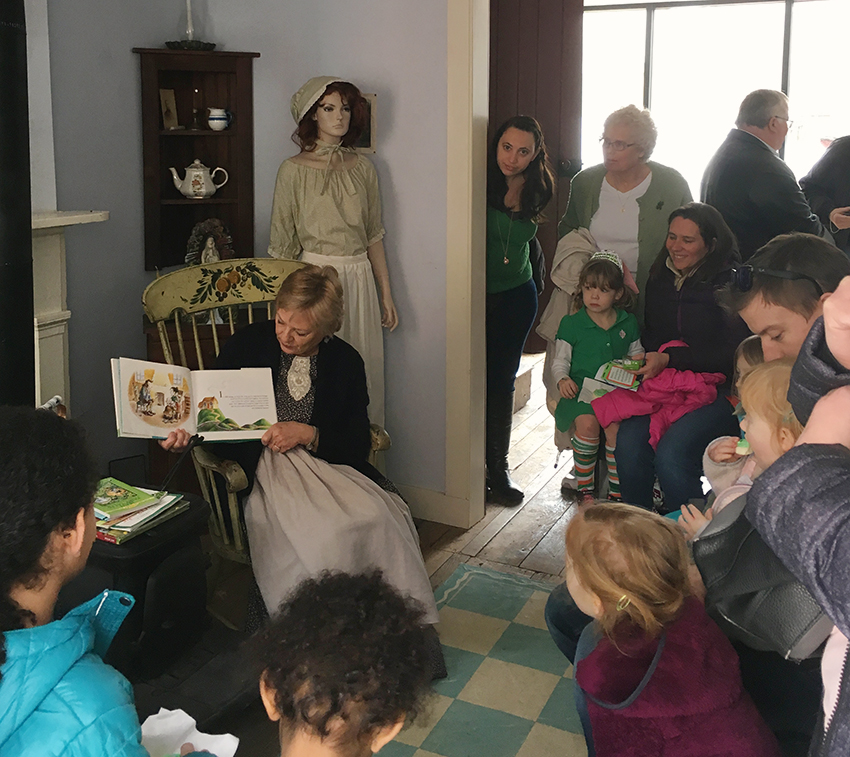 Saint Patrick’s Snakes at Lake Roland Nature Center
As legend would have it, Ireland can thank Saint Patrick for its lack of snakes, but Lake Roland's Nature Center is thankful for all the snakes that call the park home. On March 17th from 1 - 2:30 p.m. come out to meet and learn about several slithery friends and create a serpent craft. Register ahead of time by emailing [email protected]. 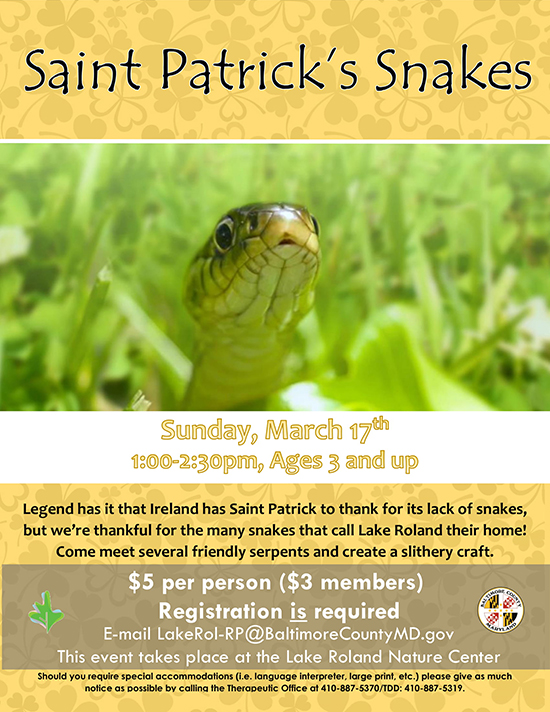 Celtic Woman Ancient Land Tour at Hippodrome Theatre
Experience the sounds of the Grammy® Nominated Celtic Woman as they celebrate the centuries-old Irish tradition of telling stories of love, dancing, and the land through song. Bring the whole family out to enjoy their musical talents and this inspiring stage performance celebrating Irish culture on March 17th at 3 p.m. 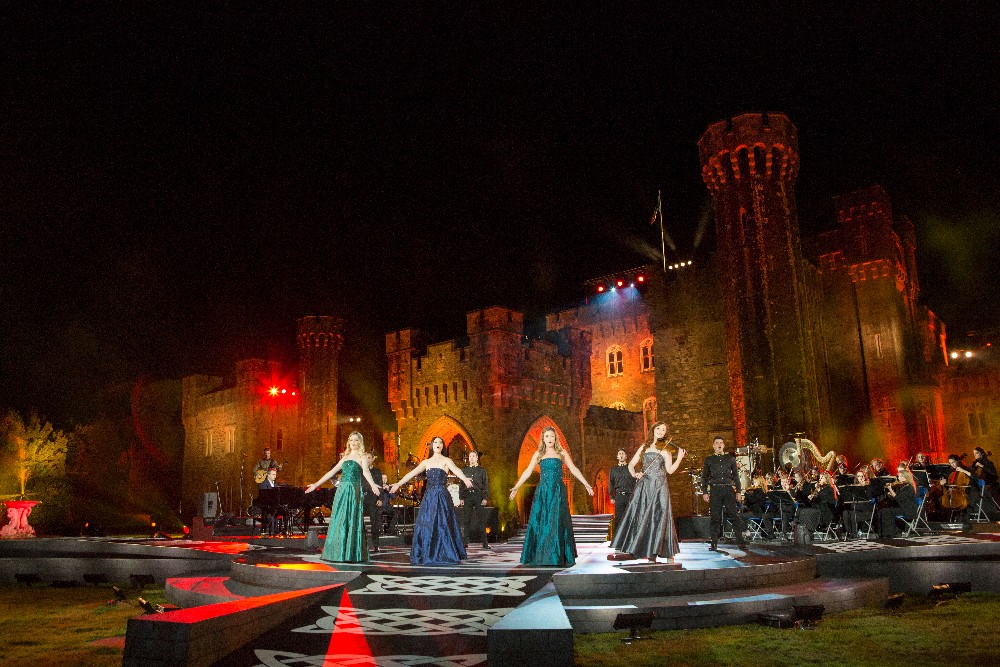 Check out our round up of the best things to do and see with kids in Baltimore this March for even more family fun this month!