Swimming With the Sharks: My Experience Pitching CertifiKID on Shark Tank 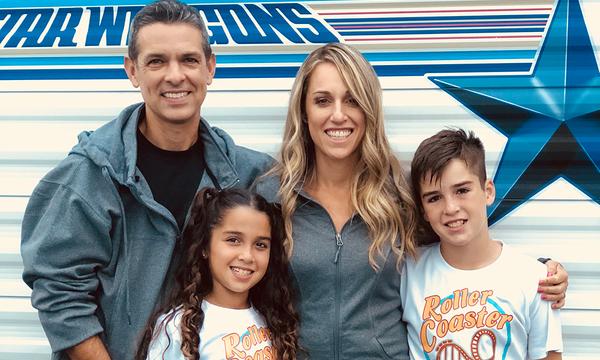 Back in 2011, I was approached by a Shark Tank producer to audition for the show. I talked it through with my husband, Brian (who is also CertifiKID’s President), and we decided it was not the right timing for us. The company was only about a year old and still evolving and, at that time, ABC took a percentage of every transaction (a policy they subsequently changed). However, over the years, I always kept the idea of going on the show in the back of my mind.

Then, in May 2018, my mom saw a Shark Tank D.C. audition notice. I contacted the producers and they told me they would allow us to bypass initial auditions and go straight to the second round. I think Brian was ready to shoot me after he saw all the work that was ahead of us . . . pages and pages (and pages!) of application paperwork and creating an audition video.

Brian won't let us do anything with just 50% effort, so the paperwork almost killed him and my father (our CFO). I found a fantastic videographer to put together our video. Our kids and their best friends helped us shoot it (thanks Noah, Lila, Brooke and Blake!) and we were off to the races!

In June, we found out we had progressed to the next round and started preparing for the “potential” of getting the green light to go to LA for a “potential” taping. We then went through an intense process working with the show regarding our pitch and stagecraft, and rehearsed our pitch constantly. We had no idea when or if we would make it to the taping stage.

At the end of August, we received a call that we had to be in LA in two weeks to shoot. It was total craziness. We needed six extras for our pitch, and really wanted to be able to include our kids. But the taping was during their second week of school! After going back and forth we decided to let them miss school for this once-in-a-lifetime opportunity. We included my amazing Mom and Dad/CFO who helped us by flying out with the kids a couple of days after we left, as we had to go early for rehearsal. Rounding out the six extras were our incredible COO, Amie Morville, and her adorable daughter, Macy.

There was so much to do in those two weeks to prepare. From booking travel to memorizing our pitch (Brian and I practiced every moment we could – by ourselves and to each other – our kids were our audience), to getting everything for our set, to what we were going to wear, to preparing and studying for the Q&A with the Sharks. We must have watched every possible episode of the show we could squeeze in.

Remember, I was also running a business during all of this as well, and it was my kids’ first week at a new school! Oh, and we could not tell anyone what was going on either, nor could the kids (read about their experience in their own blog post), which made it even more stressful!

The day finally arrived and Brian and I flew out to LA. It was super exciting on so many levels and special to share together. It was one of those times in your life when you just don't know what to expect, but know the experience will be unforgettable.

We arrived at our hotel and decided to go to Santa Monica that first night. We hit Coffee Bean the second we got there, as this is a big treat for us anytime we get to the West Coast, strolled the Santa Monica boardwalk and went for a run. We did some last-minute shopping to make sure we had everything perfect for our wardrobes and continued to practice our pitch everywhere we went to the point where we felt confident for our rehearsal the next day. We hit the sack early because the next day was a biggie!

Brian enjoying a Treat from The Coffee Bean 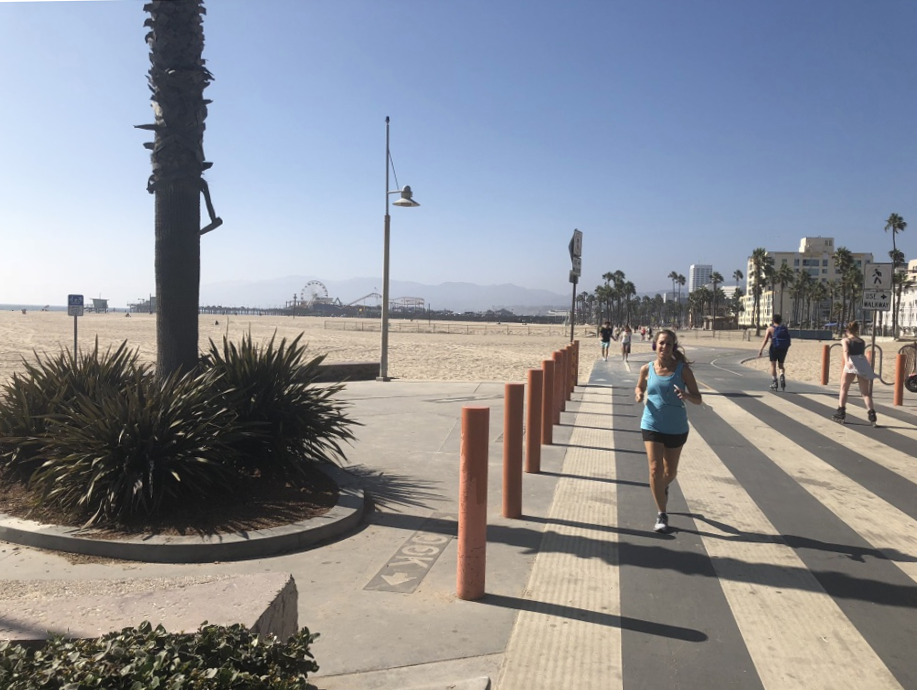 Our rehearsal was that afternoon. It was cool being at the studio and on the set. We even got our own trailer. We did our pitch for the producers; some of the producers filled in for our family as extras for the ‘action’ part of our presentation. Brian and I did a good job and felt a sense of relief! We only got constructive feedback (and nothing negative), which was very reassuring.

We were totally burned out after we finished, but decided we needed some inspiration, so we took an Uber to Inspiration Point in Hollywood for a hike. We also used the time to go through our Q&A and get prepared, quizzing each other on every possible question that the Sharks might ask and rehearsing our answers. After the hike, we had a delish dinner in Beverly Hills and passed out for the night. 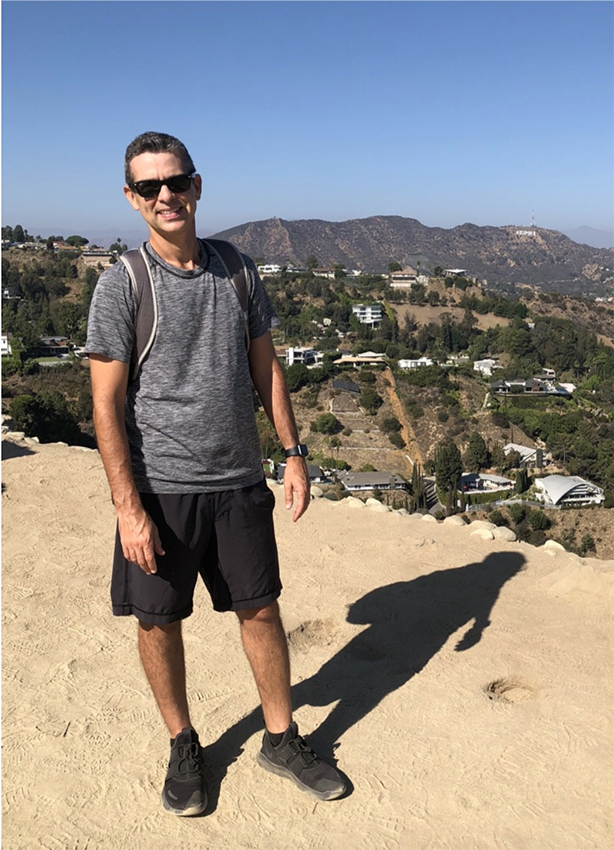 The next day was a free day. My parents arrived with our kids and my COO, Amie, and her daughter arrived as well. We headed back to Santa Monica Pier with everyone and had a yummy, LA-style, healthy lunch.

The kids were thrilled when we let them explore the Santa Monica Pier and go on the rides. 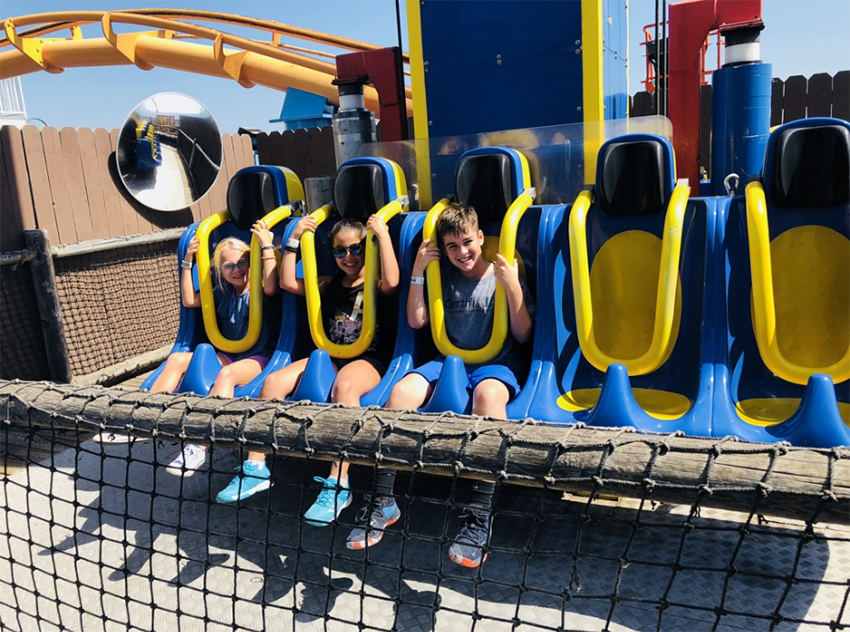 Check out the grandparents and grandkids on their way back in an Uber after such a long east-west coast travel day.

We had dinner close to the hotel, and then everyone crashed except me and Brian. We stayed up pretty late practicing as much as we could. Brian was up even later studying all of our financials so he had a handle on everything that could possibly come up with the Sharks during the Q&A. He even had calls with our external lawyers and accountants to ensure we were accurate with all of our responses and information.

We didn’t even know until 10 p.m. that night that we were confirmed for taping the next day, but thankfully our time was late morning so we could get a decent night’s sleep.

We were up very early that morning getting ready to go to the set at 11:30 a.m. I ordered a makeup artist and hair stylist to come to my hotel room to get me ready. Hopefully, others will think they did a great job – I certainly did! 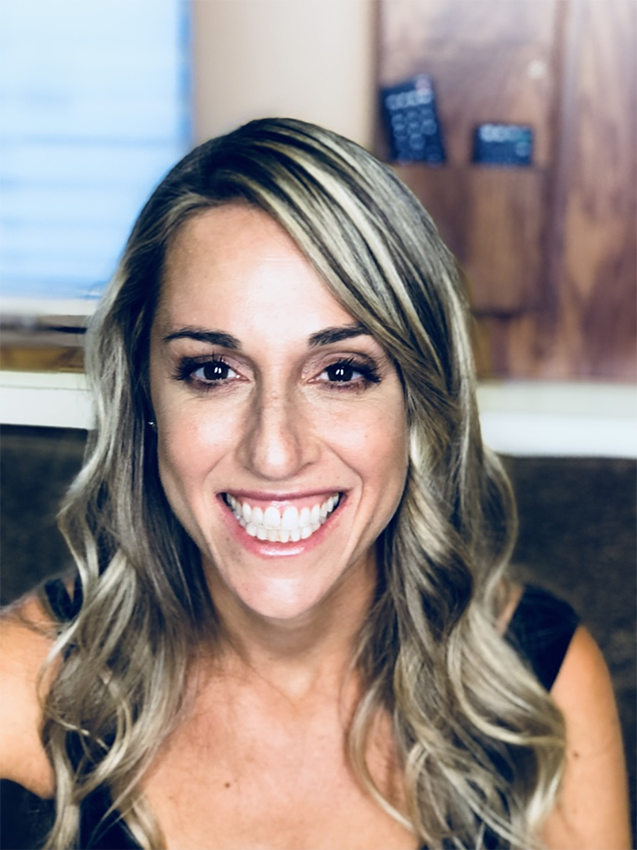 We all headed over in a van together to the set. 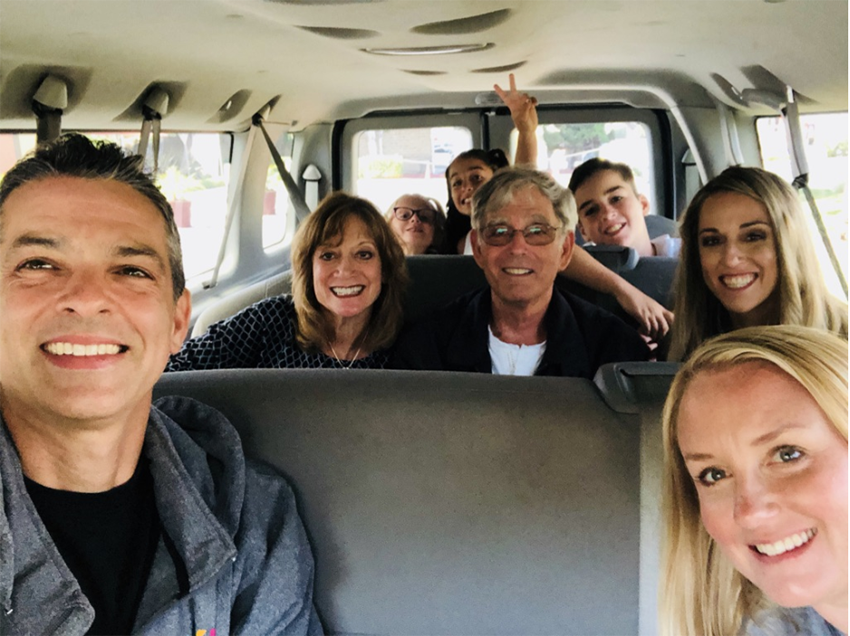 When we got to the set, we hit an unexpected hurdle -- it turned out the kids were legally required to get tutored for three hours since it was a school day! Check out their blog to hear more about this, but let’s just say they were NOT happy! 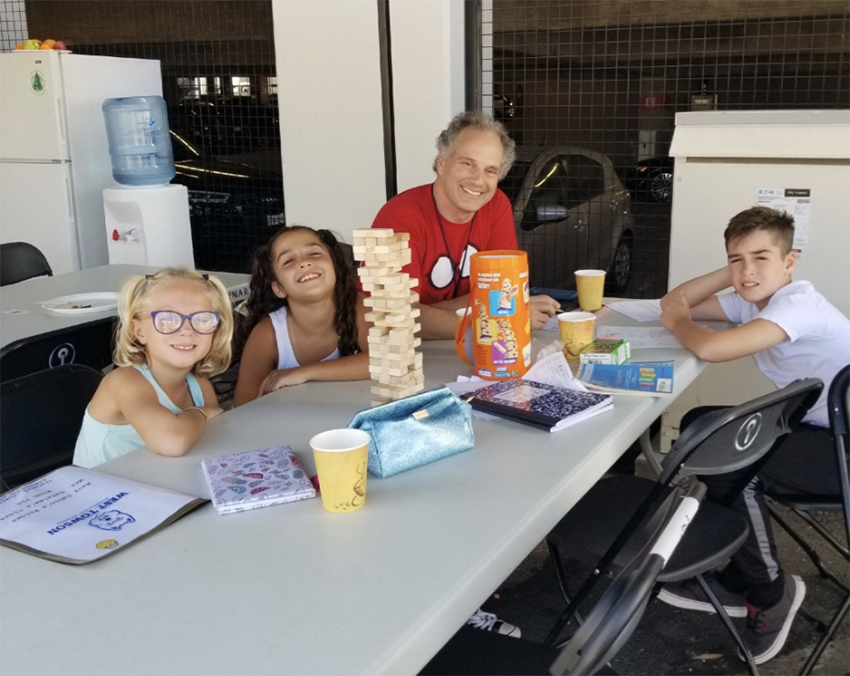 Because of the time required for tutoring, we were one of the last businesses to tape for the day. We ended up sitting around in our trailers the entire afternoon until dark!

During all of this down time, we ate snacks, lunched, practiced (including with the kids after their tutoring was over), studied, got some makeup and hair touch ups, and tried to stay calm.

Finally, around 6 p.m., we were called to the set! At that point, things happened super fast and it was all so surreal. I have never felt so nervous in my life (even on my wedding day!). I could not remember my pitch. I could barely talk without my teeth chattering. I remember the kids telling me I would do well, the producers telling me to breathe, and squeezing Brian’s hard so hard.

We took the kids in for a quick peek at the set and the Sharks. It was surreal seeing our props and logo and these famous people from TV right in front of me …I will have to leave it off here so you can see for yourself what happens from there.

The next morning, we were up bright and early to head home in a total daze from everything that had just happened. 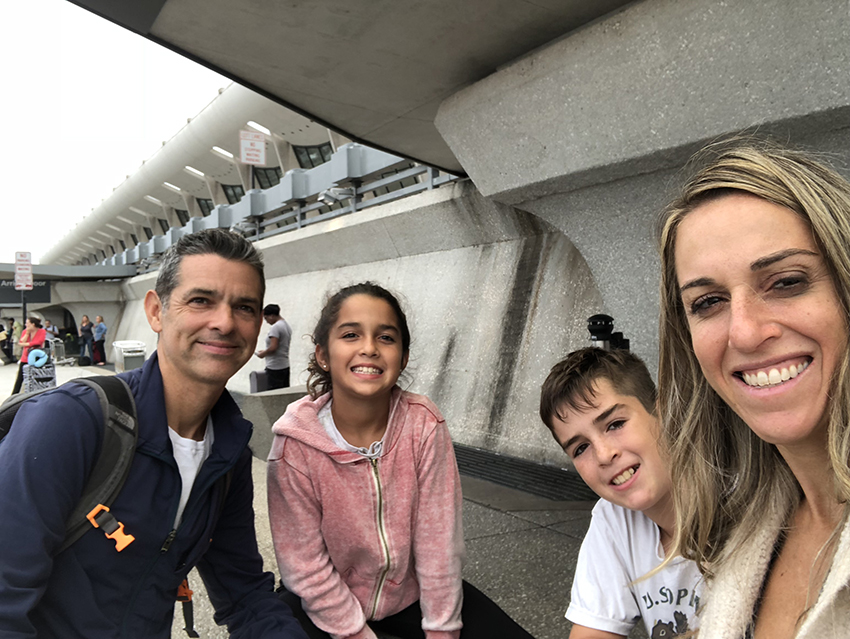 I was in a state of shock about the whole experience. My mind was racing with flashbacks about what had just happened and the whirlwind of the week.

Having my kids, parents and Amie and Macy there was so great. It made the mood so much more fun and exciting and kept me more loose and less freaked out at times. They all did such an amazing job and held up so well through a crazy 48 hours in LA.

Regardless of how this all turns out, this was truly an experience of a lifetime. Sharing it with my family made it even better. It was so much work and a roller coaster of emotions but it truly was SO COOL! We also learned so much about our own business goals and dreams as a result of going through this process, met so many awesome entrepreneurs, got a real taste of reality TV, and had so many laughs along the way.