He Said, She Said: Our Shark Tank Taping Experience 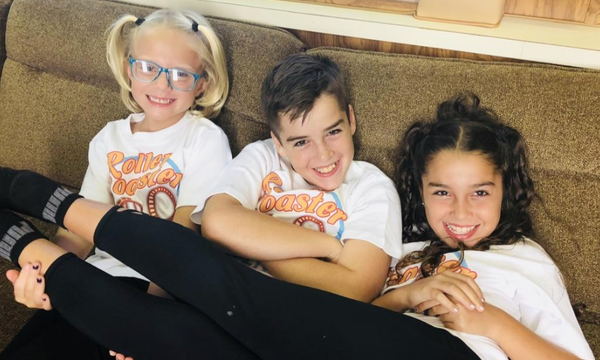 Then, I left for sleepover camp for the summer. My parents came on visiting day and told me they were still in the running. I felt excited. When I got home from camp a few weeks later, I remember being at the beach and my parents were talking non-stop about Shark Tank. After that, they got an email that said they were going to be taped and had to go to Los Angeles. They started practicing their presentation non-stop. Then their friend/CertifiKID VP Leslie sent them this cool shark made out of watermelon surrounded by gummy sharks which we all ate. 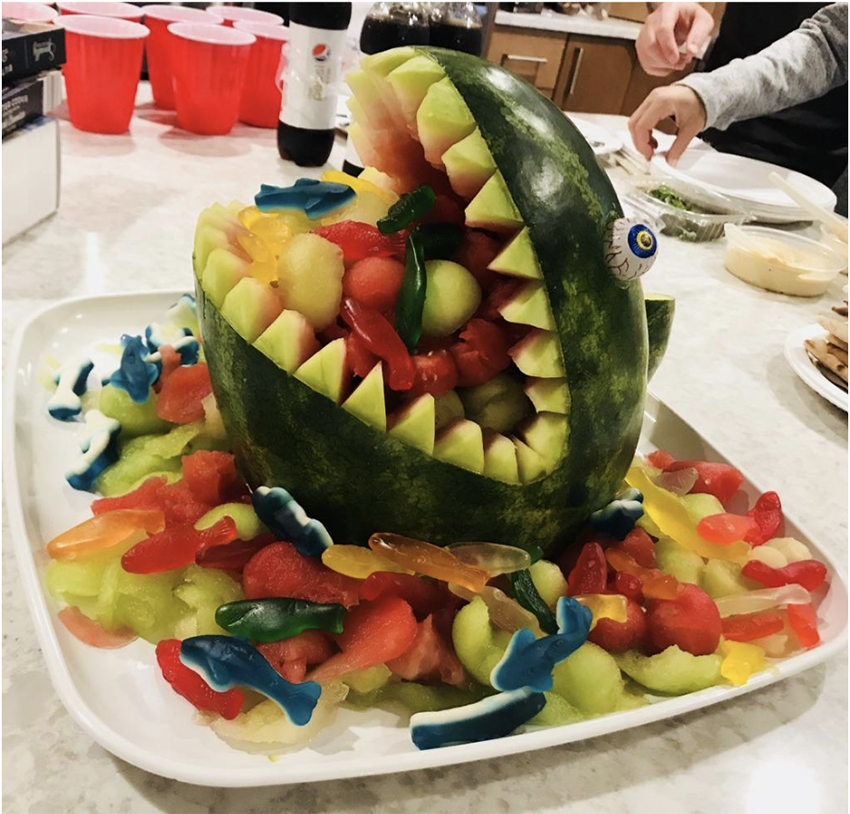 NOAH: My mom told me we might be on Shark Tank and I was very excited, but more excited for her. I have always watched Shark Tank with my parents. I like learning about all the different businesses. I think it is funny when Mr. Wonderful yells at people. I never thought my parents would ever actually go on the show.

LILA: In my parents’ pitch, they needed some actors. I am a great actor and very cute so I thought my parents should definitely pick me to be in it. Also, I really wanted to go to LA so I could see one of my best camp friends and maybe even see celebrities. My dad is really good at spotting them. The problem was, it was going to be my second week of school and I would miss three days. My dad did not think that was a good idea but my mom thought it was a once-in-a-lifetime chance. In the end, they agreed to let Noah and me fly to LA and be on Shark Tank with them and miss school.

NOAH: It was the second week of school and I was at a new school. I was nervous to miss days so early in the year, but excited to take a trip to California and be with my parents, sister, and grandparents for such a crazy experience. I really wanted to see Mark Cuban and Kevin O’Leary.

Before we left for the trip, I remember sitting on the couch watching Shark Tank a lot with my parents. It got annoying after a while. My mom seemed really obsessed!

My first day out…

LILA: My parents left a couple days before we did so they could be there for the rehearsal, and my grandparents slept at my house. They woke me up at 5 a.m. and we got on a plane to LA. It was a five-hour flight and I HATE long flights, but I didn't care because I was missing school. When I got there, I met up with my parents and CertifiKID's COO Amie and her daughter, Macy, and we went to the Santa Monica Pier. Guess what - I got to go on every single ride instead of doing school work - and there were no lines! It was really fun. There was even a Shark Ride. Check it out:

Then, I met up with my camp friend and we went to a mall. I couldn't tell her why I was there, which was weird. Later, we had dinner with everyone near the hotel. I was so tired, but the cool part was there were iPads we could play on while we ate.

NOAH: When we got to LA, we went to Santa Monica Pier. I remember eating good food that day. We took a walk down a busy street and I was looking for celebrities. All of a sudden, I saw a huge amusement park. We went to the amusement park and I could go on every ride and there were no lines. The best part was when we went on an up and down ride and Macy’s glasses fell off. It was funny. I was sad my parents would not let me play any of the games because they said they were too expensive.

I fell asleep in the Uber on the ride back to the hotel. When I woke up, we went to dinner. I ate a lot of noodles.

LILA: The next day, we went to the set. We got a trailer that was so cool because lots of shows and movies use trailers to get ready. Our trailer said “CertifiKID” on the door. When we got there, you will never believe this, but Macy, Noah and I had to get tutored for 3 hours. Macy and I did not have much work so we got to play learning board games. Noah had to do lots and lots of math. He was not happy! The tutor was nice and at least we did it outside in the sunshine. We had a buffet for lunch. After tutoring, we learned our part in the filming. I think I was the best one at it, but don't tell Noah that. We kept practicing for a long time. I did not get a microphone because I was so loud. We were waiting and waiting for our turn to go.

When it was time to go to the set, we rode over in a golf cart. It was fun. I went on the set and saw all the Sharks getting makeup put on and there were people all around them. I saw Mark Cuban, Barbara, Lori, Daymond and Mr. Wonderful. Then, they put my costume and some makeup on me. My costume was SO cool!

My parents were up and they were filming and the people put me in my spot to go on. I am always confident and was ready. I walked down into the Tank that I had seen so many times on TV. I started to get SUPER EXCITED. As I was doing my part, I saw Daymond laughing and Mr. Wonderful staring right at me. It felt awesome. It was over in like 10 seconds and I left the stage.

I saw a computer and could watch my parents taping but they told us we had to leave and go back to the trailer. It felt like forever waiting to find out what happened ….but I can’t tell!

NOAH: We took a van over to the studio. The funny part about the day we filmed was I had to have a tutor. It got really boring because the tutor let my sister do board games and I had to do math.

After the tutor, they told us we needed to practice our part. I felt nervous and needed a lot of practice to get confident I wouldn’t screw up.

I remember waiting around all day until we could go to the set where the taping took place. During the wait, we watched the Red Sox game on my grandpa's phone.

When it was time to go on, they put a microphone on me. When I walked on the stage, I remember seeing Daymond laughing.

After I finished, they took me back to the trailer. I did not get to watch my parents. My sister and Macy made up a dance that said "Jamie, Brian...who did you get?" They chanted it over and over. It drove me nuts. I remember my mom and dad coming back from the set in a golf cart. My mom says I have to end it here and let you keep guessing. . .

LILA: I keep wondering when it is going to be on TV? What am I going to look like and sound like? Will my parents look nice or mean on TV? I really liked doing the TV show and I hope I get to do more TV shows! I also have been thinking about how I might like to be one of those people I saw doing the hair and makeup for the people on TV when I get older. I can’t wait for everyone to find out what happens to CertifiKID.

NOAH: I feel excited about when it goes live because I really want to tell all my friends. I don’t know anyone who has been on Shark Tank, so this is very new to me. Are people going to recognize me on the street? I am so excited to hug my parents when we go live.