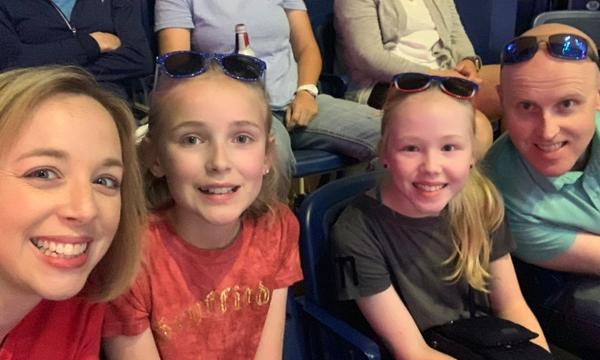 The Washington Mystics are a women's professional basketball team based in Washington, D.C. They play in the Eastern Conference of the Women's National Basketball Association (WNBA). 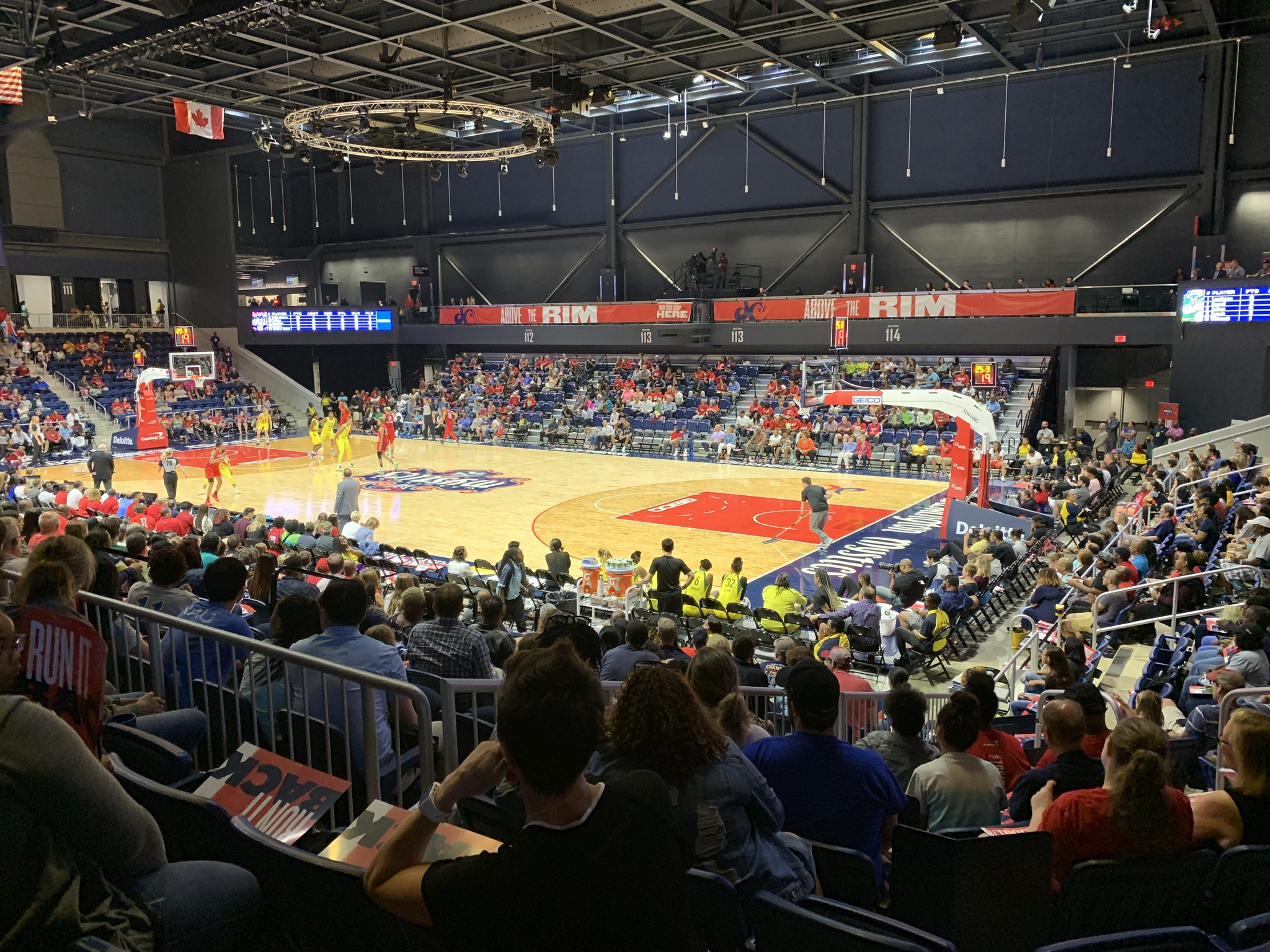 We sent one of our MOM Squad ambassadors and her family to experience a Washington Mystics game at their brand new facility. She received free tickets in exchange for providing an honest review of their experience.

Save up to 28% off Washington Mystics tickets for all home games with this CertifiKID deal. 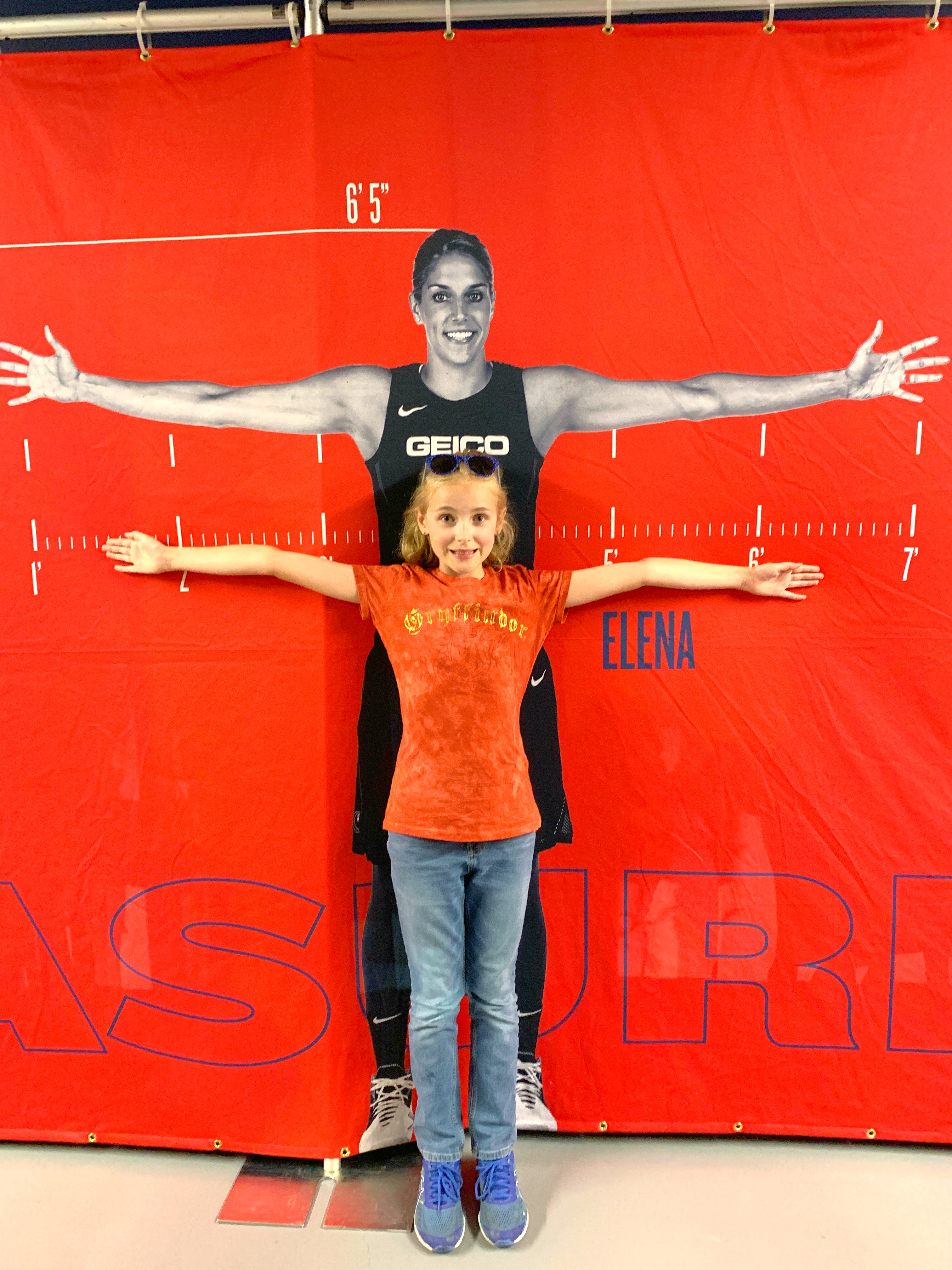 Our family was really excited to see a Washington Mystics game! My younger daughter is currently a big fan of playing basketball, and hasn't really had an opportunity to watch other women playing so I was excited for her to get to see it played professionally. We have all learned a lot more about basketball since her interest has grown, so it was fun to get to experience a live WNBA game together! 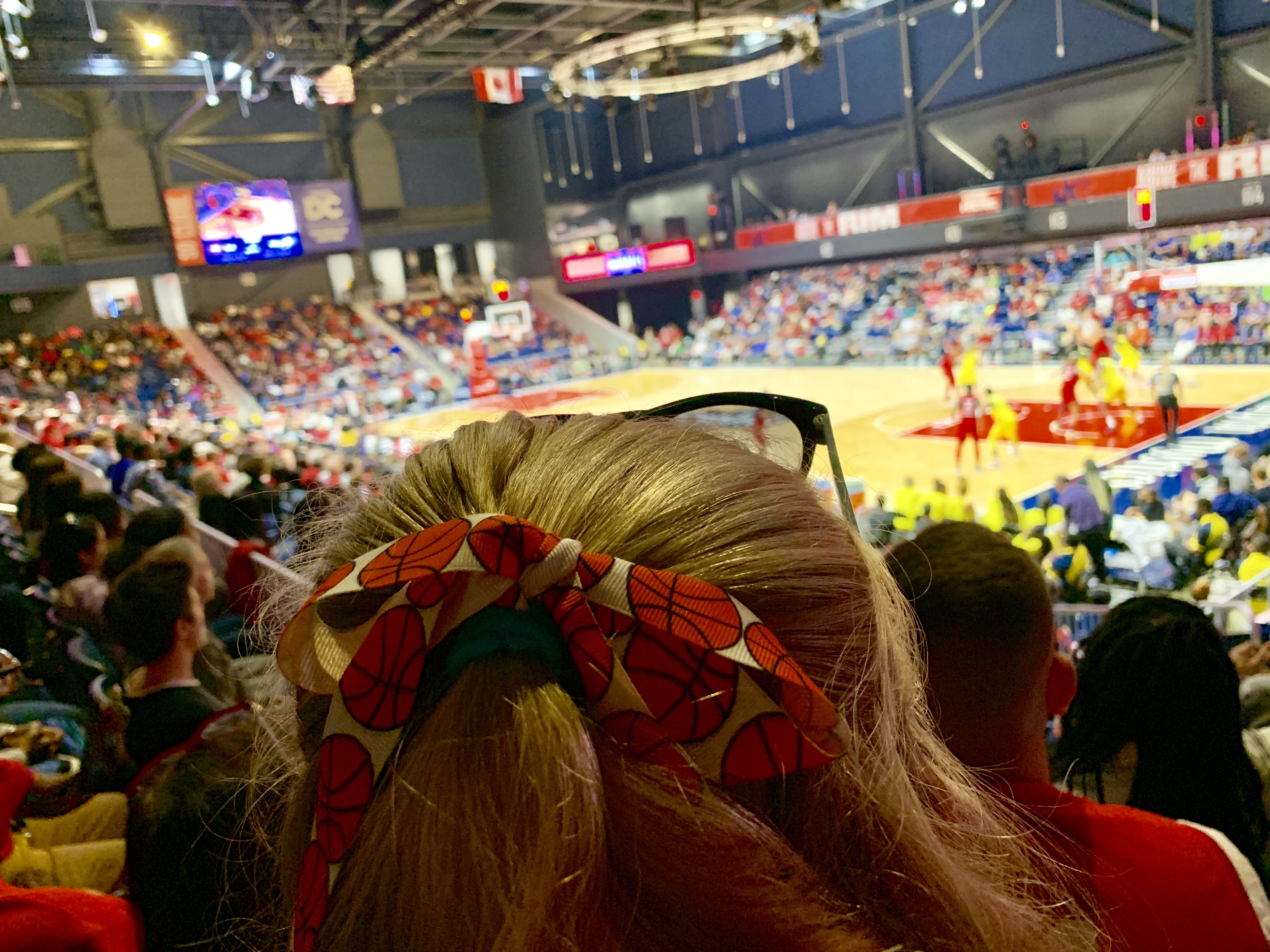 Our seats were about two-thirds of the way back, which concerned us at first that we would be able to see well, but it turns out the arena isn't huge and there really isn't a bad seat in the house. We were easily able to watch each of the players and they had more than one scoreboard to keep track of the game.

During breaks from the basketball game, there were many other games on the court that some kids had been selected to participate in - basketball knockout, shooting games, etc. We also got to watch a local dance team and try to catch t-shirts being tossed out! 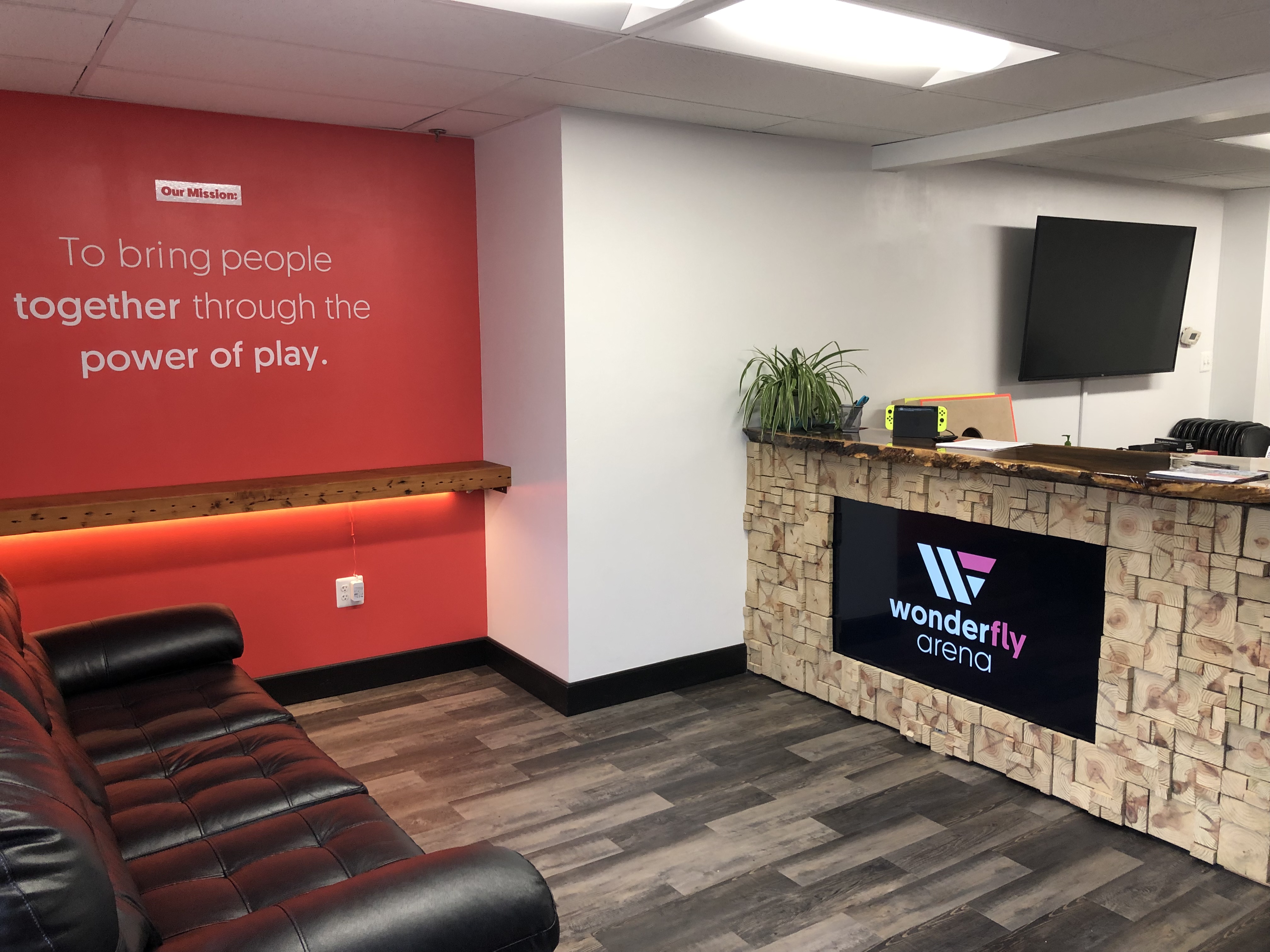 The Mystics' mascot, Pax the Panda, was also out going through the stands and posing for pictures, but unfortunately he didn't make it over to our seats. Every person who attended the game got a poster to wave to cheer the team on, and waving them around was a fun way to encourage the team and bond with other guests nearby! It also made for a fun souvenir to take home with us and remember the event. 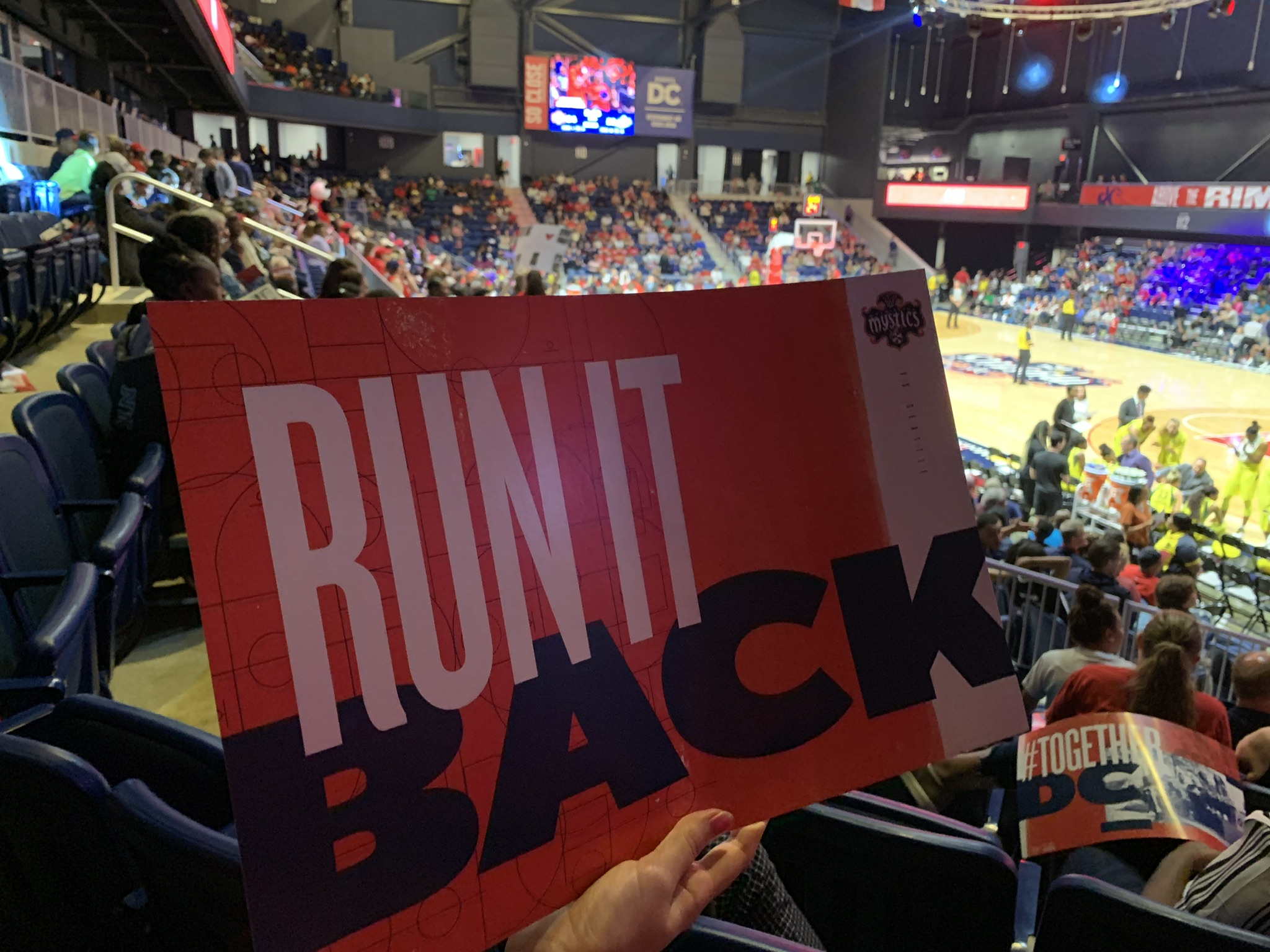 The game we attended was really close toward the end, and ultimately the Mystics barely lost, but we still had a great time together. My basketball-loving daughter especially enjoyed watching the players' moves and how they worked together as a team, and we all had fun cheering them on and experiencing the festivities of the game. We would enjoy going to another Mystics game in the future!

The Mystics now play in a new arena, the Entertainment & Sports Arena, which is on the site of the old St Elizabeth's hospital grounds. Because the area is going through a lot of revitalization, it was surrounded by old, worn down buildings that gave a slightly eerie feel, but they had a lot of staff out in brightly colored clothes to direct us where to go. We just asked the nearest person for help and they were happy to point us in the right direction.

We had looked at the venue's parking information online before we left, and paid for a spot in the Green Lot using their partner, ParkWhiz. When we drove up to the lot, we discovered that not only was the charge there $2 less than what we paid online, but the lot was also full. I pulled over to rethink the situation and realized that I was on a street parking spot and we could just park there. Since the area is so new, the parking meters still aren't even on, so we were able to park for free, yay! My husband contacted ParkWhiz after the game and we got a refund for the spot we weren't able to use. There were plenty of other spots around even when we were getting there late, so until the area has more establishments, I don't think parking will be a problem.

Metro is available via the Green Line to the Congress Heights Metro Station, but we thought it was easier to drive than to deal with changing Metro cars during rush hour based on our home location and Metro line. I can definitely see this becoming a great option as the area where the the arena is grows!

There was a short wait to get in with the other guests who were also running a little late (Friday rush hour is no joke!), but it was really nice that they had TV screens inside the building so we could start watching the basketball game as we waited! After a 2-3 minute wait, we went through security and then we were directed to the location of our seats.

The game itself took 2.5 hours (it would have been a little shorter if there hadn't been challenges to the referees), and it would have been nice to look around the arena a few minutes before the game if we had been there in time, so I would recommend about 3 hours for a visit.

Our daughters are 10 and 12 and they were a great age for a basketball game! I think really any age would enjoy it, although there wasn't a play area for tiny tots other than walking around the main level so it may be beneficial to wait a little bit with an antsy little one.

The arena has a full concession stand available with typical arena food - hotdogs, pretzels, fries, nachos, lemonade, sodas, etc. We also noticed a stand for the D.C. Cocktail Co. available. Our family had decided to eat dinner in the car on the way to the game (mostly due to food allergy concerns but also because of the timing of the 7:00 game), but it was a fun night to get a yummy treat so we found a concession stand with ice cream from The Orange Cow. 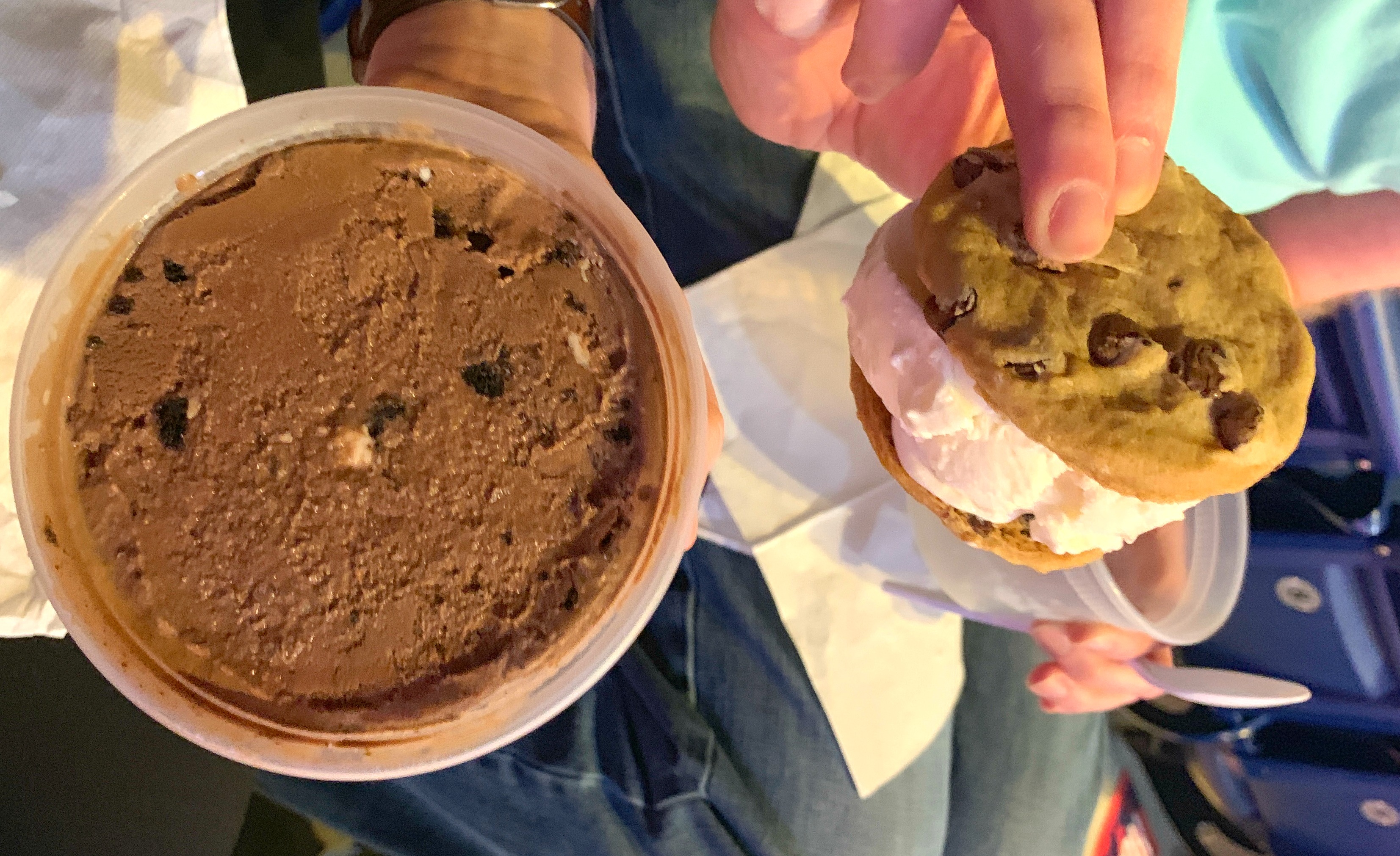 Since the area around the arena is still under a lot of revitalization, there really isn't anything in easy walking distance, but of course it was in D.C. (on the SE side), so you could potentially make a day of going downtown for monuments/museums/zoo fun before or after your basketball game (depending on the time of the game).

I definitely recommend going through the list of allowed items before your visit to avoid any troubles with security. We had no problems at all with bringing small purses and phones. It was really easy for us to eat our dinner in the car before our game, but if we hadn't had time to prepare anything and didn't want to grab fast-food beforehand, the concession options had good variety and the prices weren't outrageous so it would be easy to eat dinner while watching the game.

The arena had a small store with team merchandise for sale that was slightly out of the way, and we browsed through it a little bit after the game. Prices there were typical for sports fan items, so be prepared if you or your kids would be interested in purchasing anything. Also don't miss a fun selfie-wall near the team store where we stopped for pictures to compare the players' heights with ours. 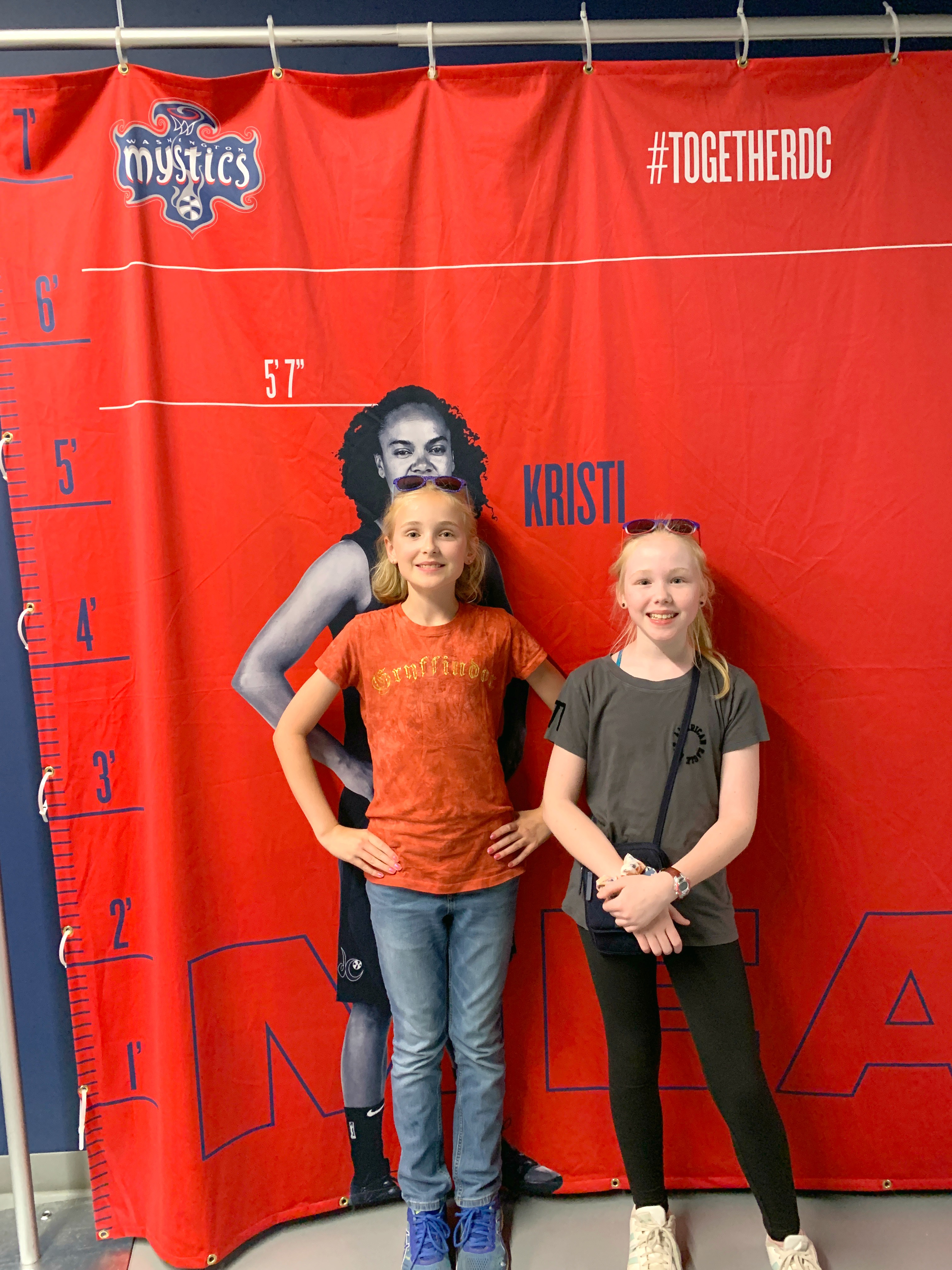 We would love to visit again! It would be fun to see how the area grows, much like how the area around Nationals Park has grown so much in the past few years. It would also be really fun to see the Mystics play again - especially knowing better to give ourselves more time and see the beginning of the game!

Do you want the chance to provide your real parent review of one of our deals? Join our MOM Squad Facebook Group (you must be a CertifiKID member to be approved for membership. Not a member? Sign up HERE.).