The Best Holiday Train Displays in the Washington, D.C. Area to Get You in the Spirit 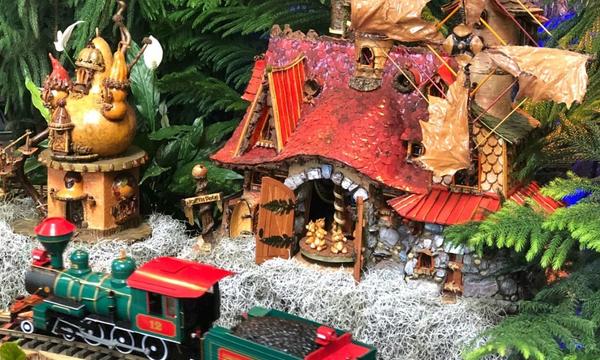 Holiday-themed train displays, exhibits and shows are an annual tradition and a family favorite during the holiday season. There's just something delightful and mesmerizing about watching a miniature train wend its way around, through and over the elements of an enchanting holiday display and imagining what it would be like to be one of its tiny passengers.

Check out our round up of the best holiday train displays in the Washington, D.C. area to visit with the kids this year. 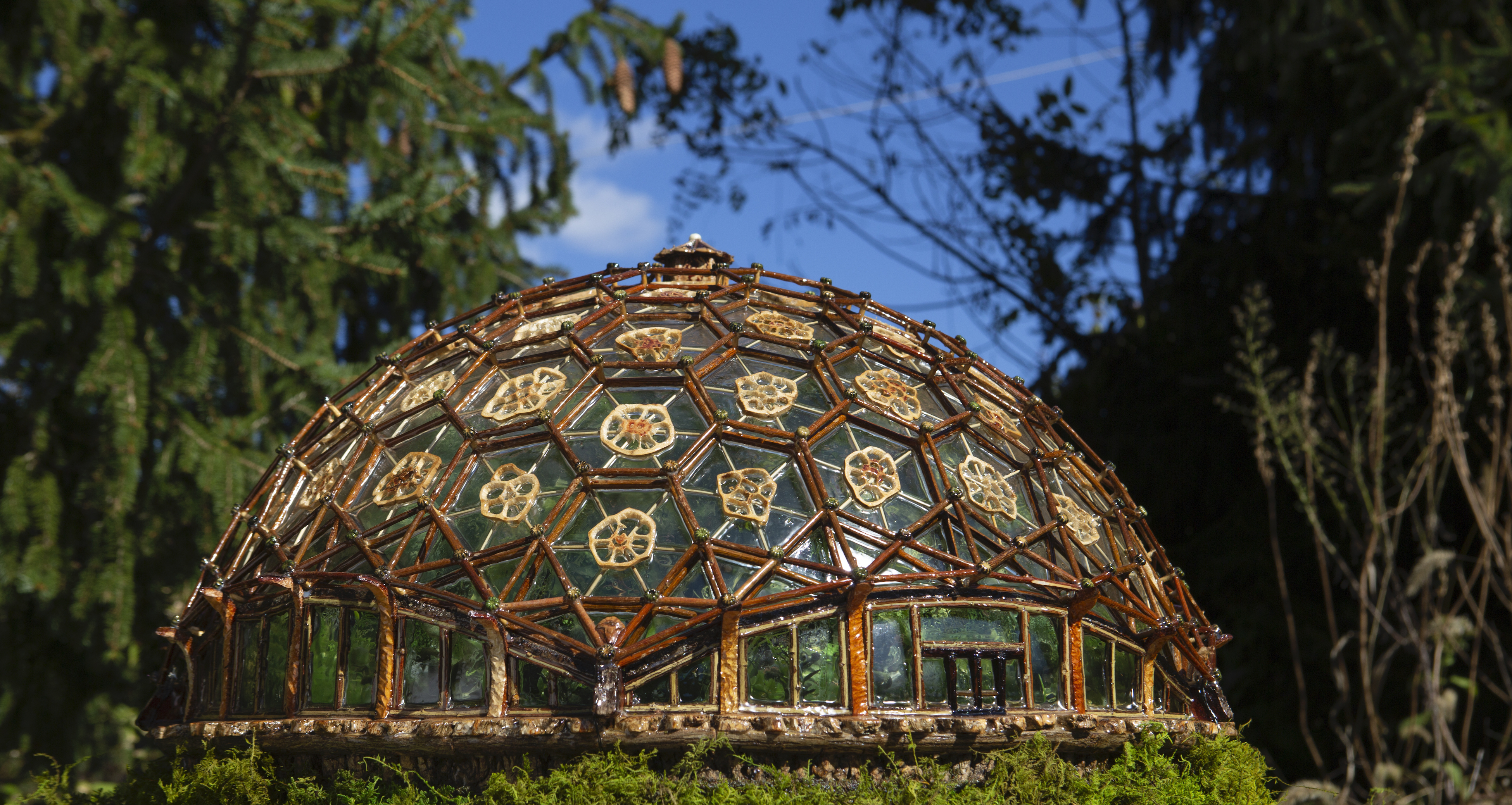 Perhaps the best known and loved display in the Washington, D.C. area, the Season's Greenings holiday train exhibit at the U.S. Botanic Gardens (USBG) is back this year with a new theme: American's Gardens, celebrating the beauty of botanic gardens across the United States. This year's display includes 24 plant-based recreations of iconic botanic garden conservatories, fountains and sculptures from Hawaii to Maine, providing the stunning backdrop for eight model trains to chug through. Don't miss the Huntsville Botanical Garden's Rocket Garden featuring a NASA space node and rockets!

The Botanic Gardens' display of plant-based recreations of D.C. landmarks also returns this year in the Garden Court. New this year, there will be a gift shop and coffee, tea, and hot chocolate for purchase on the front terrace near the wait line for the model train display with proceeds benefiting education programs at the USBG. 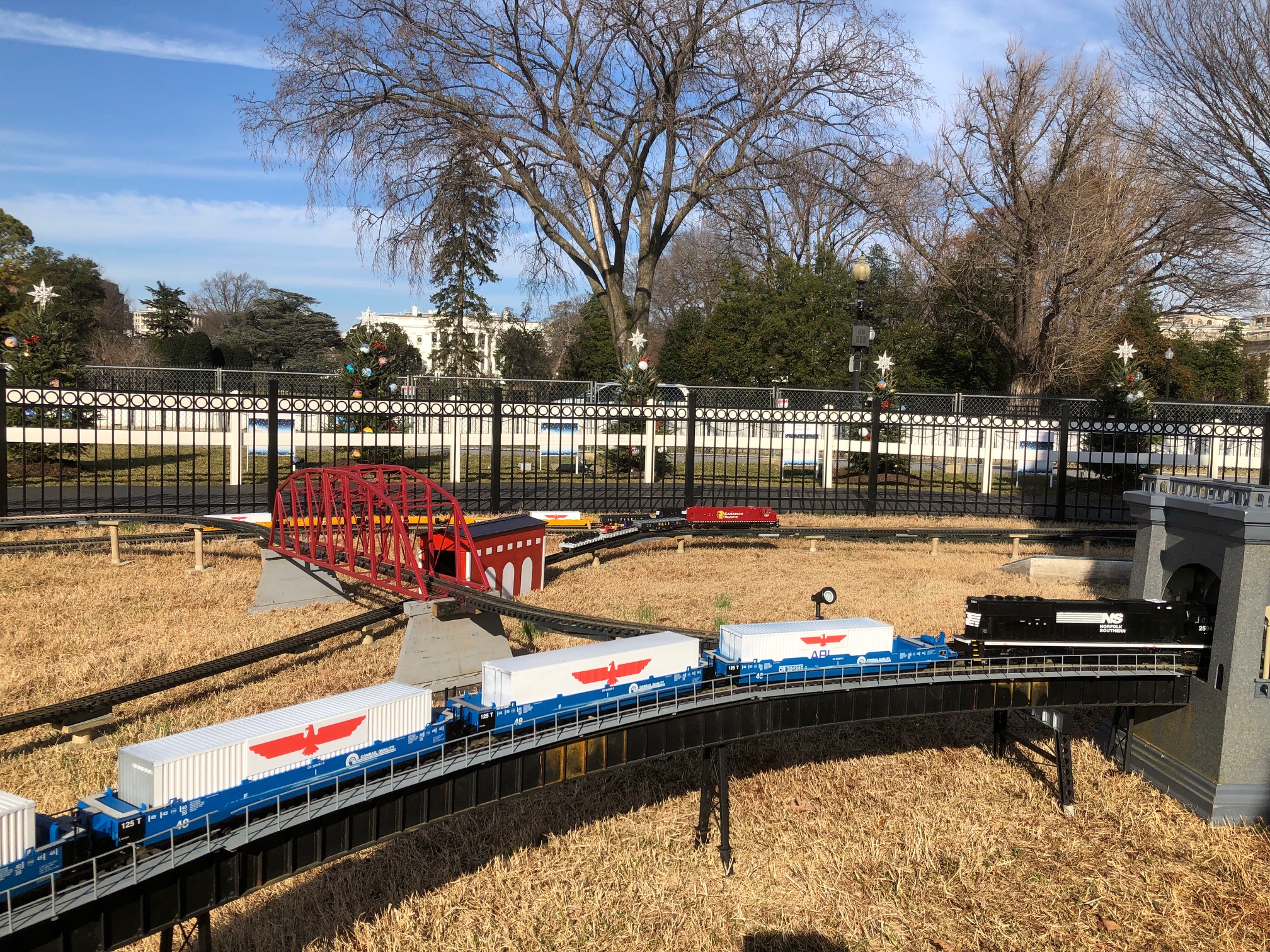 Another perennial favorite to visit during the holiday season, the National Christmas Tree, located on the Ellipse in front of the White House, is encircled by a large-scale model train display at its base, comprised of over a thousand feet of track and featuring trains, trolleys and miniature villages. The train display is constructed each year by unpaid volunteers of the National Christmas Tree Railroad, a non-profit organization that works closely with the National Park Service and is supported by the financial contributions of corporate sponsors. The trains run daily, weather permitting, during park hours from December 6th through New Year's Day. 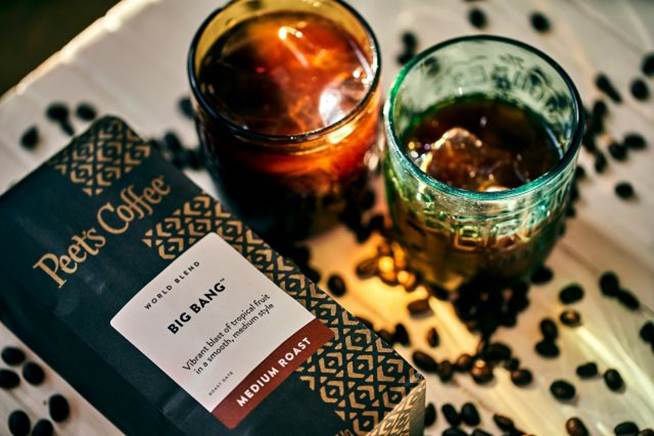 What a more perfect venue for viewing a train display than at Washington, D.C.'s iconic and stunning train station! Union Station is even more beautiful when all decked out for the holidays, and the station features special entertainment and events during the season that really set the festive mood. The holiday celebration officially kicks off on December 3rd at 6 p.m. in the Main Hall with the lighting of the Norwegian Christmas Tree, a gift to the people of Washington from Norway and a symbol of gratitude for the help received from the U.S. during and after World War II. Train lovers should head to the West Hall to view Union Station's special holiday train display. The trains are hand-made replicas of real Norwegian trains. 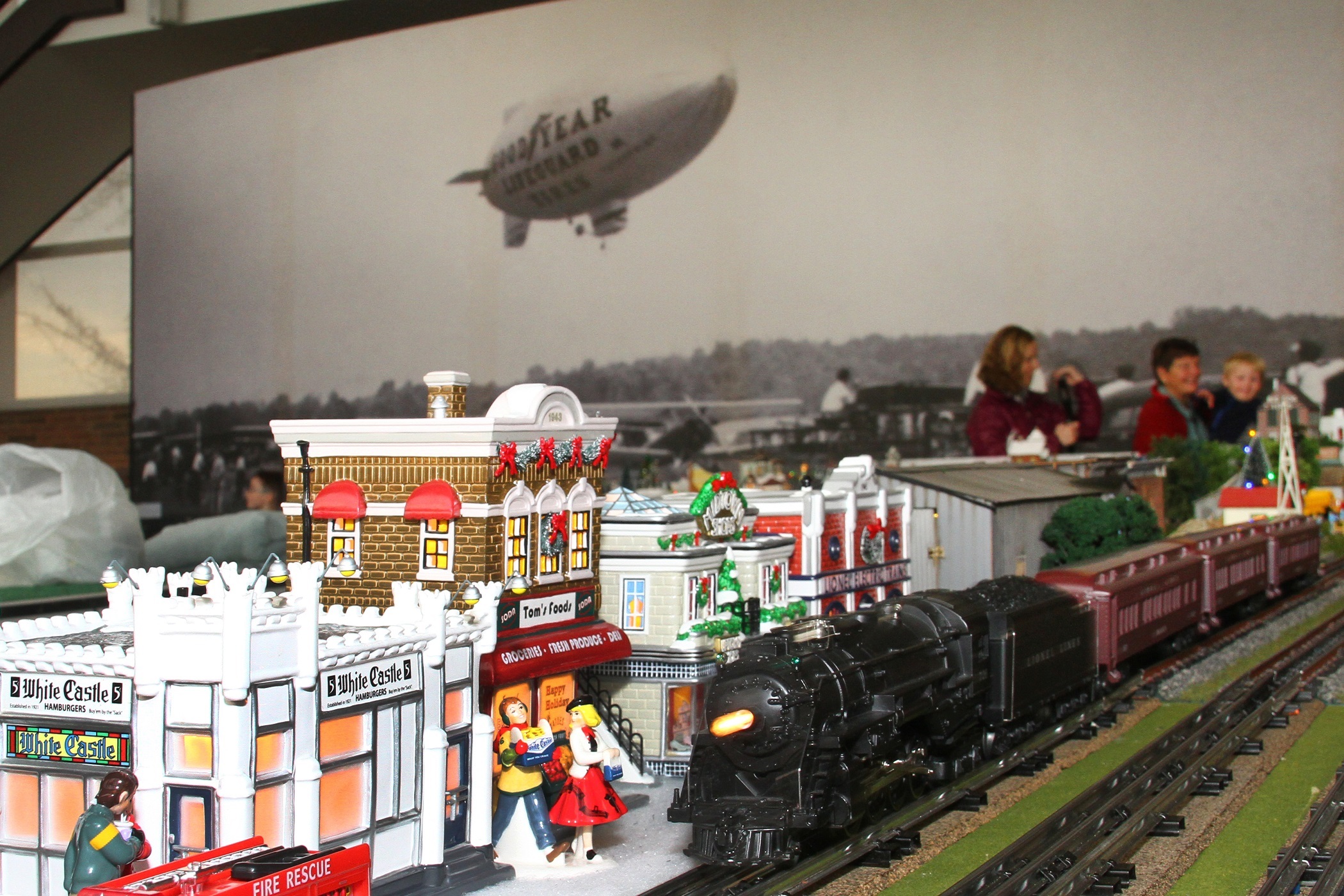 This annual holiday train display put on by The National Capital Trackers returns this year from December 20th through 22nd. Miniature trains, villages, tunnels, and depots spark the imagination as they bring the holidays and history to life. This event is free with admission to the Museum. Admission for a family of four is only $8 with this deal (Save 43%)! 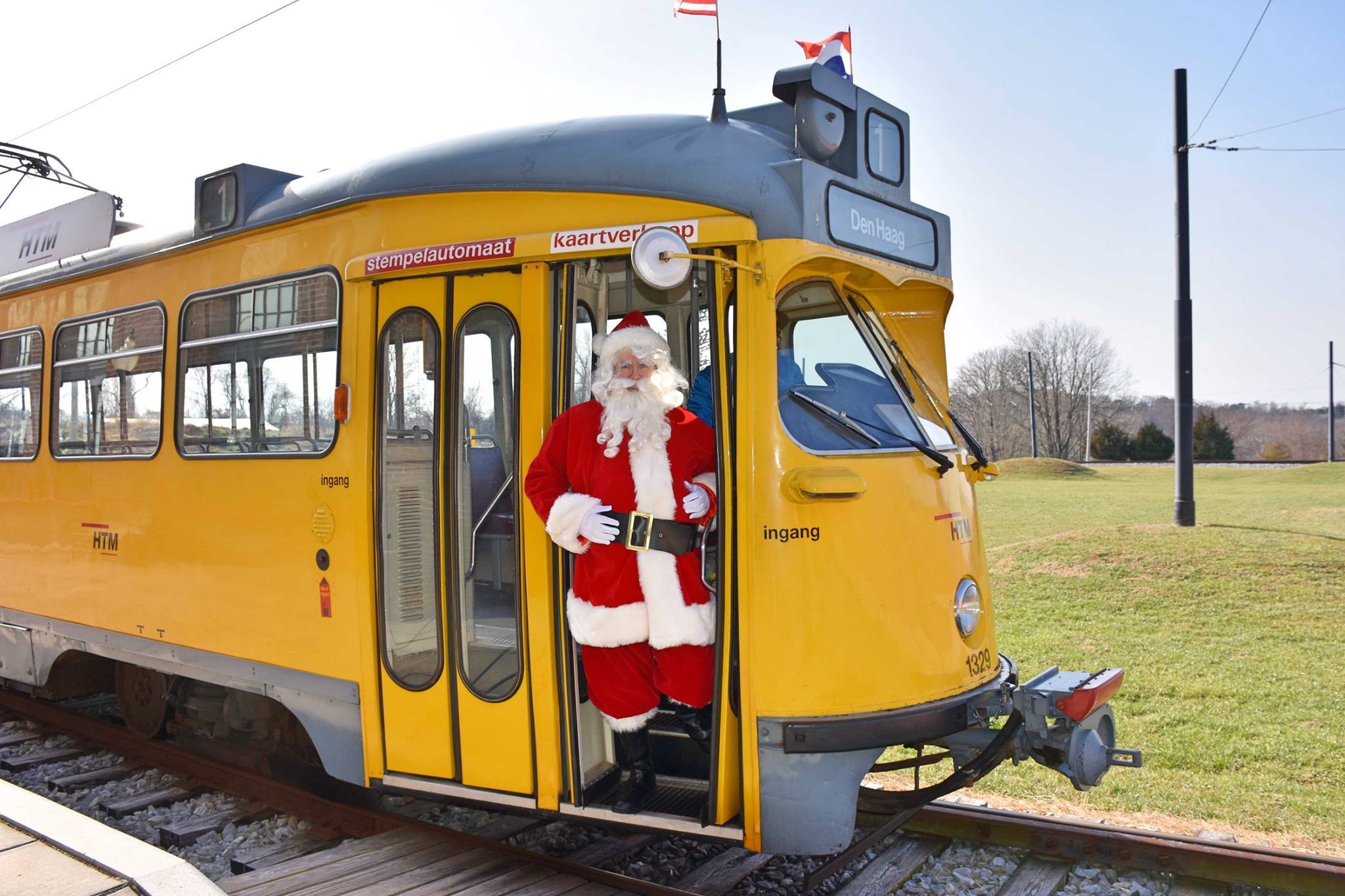 Celebrate the season at the National Capital Trolley Museum from December 1st - 29th, as toy trains and street cars make their way through an indoor winter village. The Museum will also offer trolley rides with Santa on Saturdays and Sundays, December 7th/8th, 14th/15th and 21st/22nd. 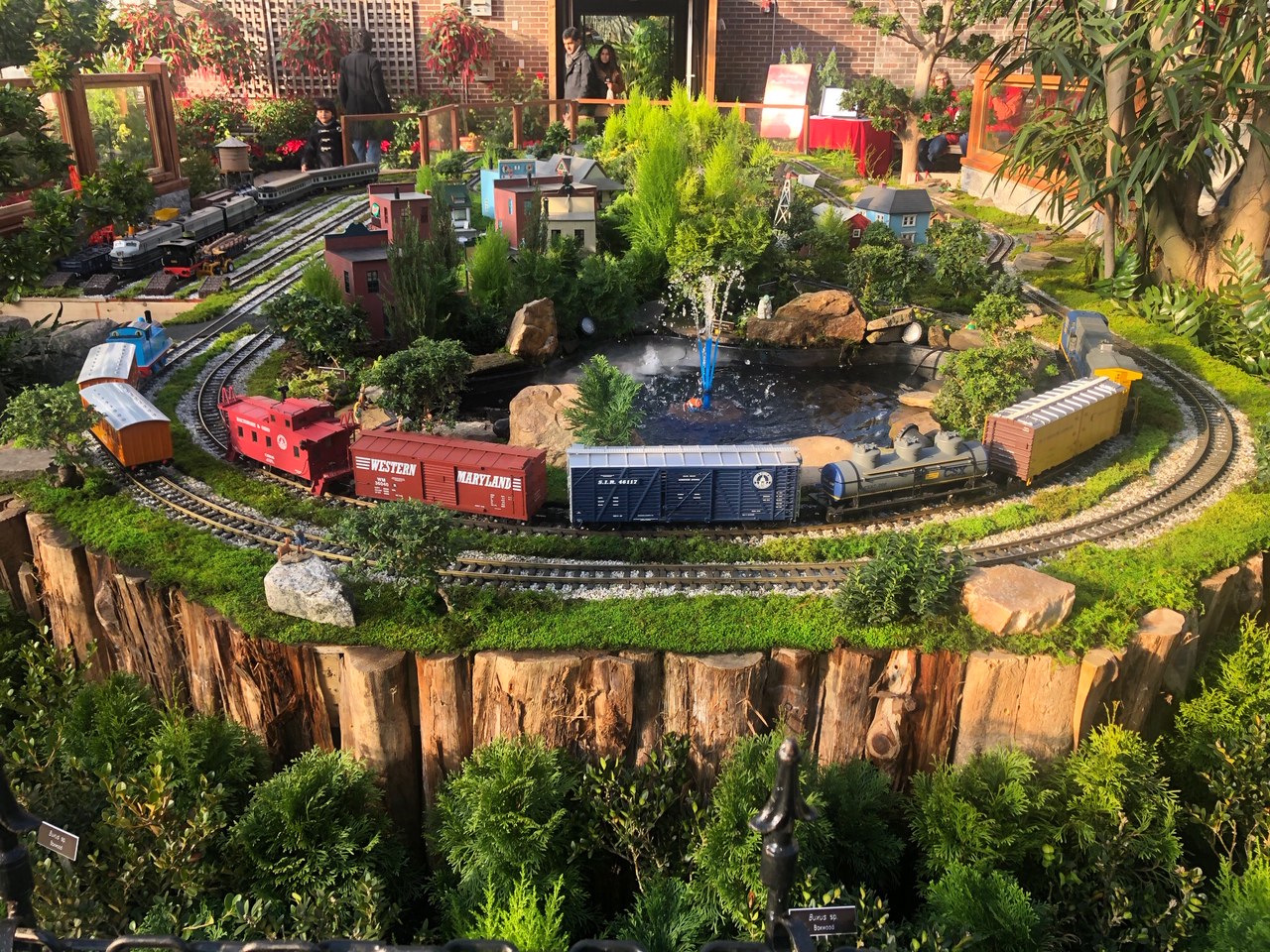 Brookside Garden's signature annual holiday event, Garden of Lights, delights visitors year after year with a magical, garden-inspired winter wonderland of more than one million dazzling lights hand-crafted into stunning displays featuring flowers, animals and other natural elements. But the fun doesn't end there! Inside their Conservatory is another holiday season gem, a spectacular train display put on each year by The Washington, Virginia & Maryland Garden Railway Society. Here, you'll see G-Scale model trains and trolleys journey through a seasonal landscape filled with holiday greenery. 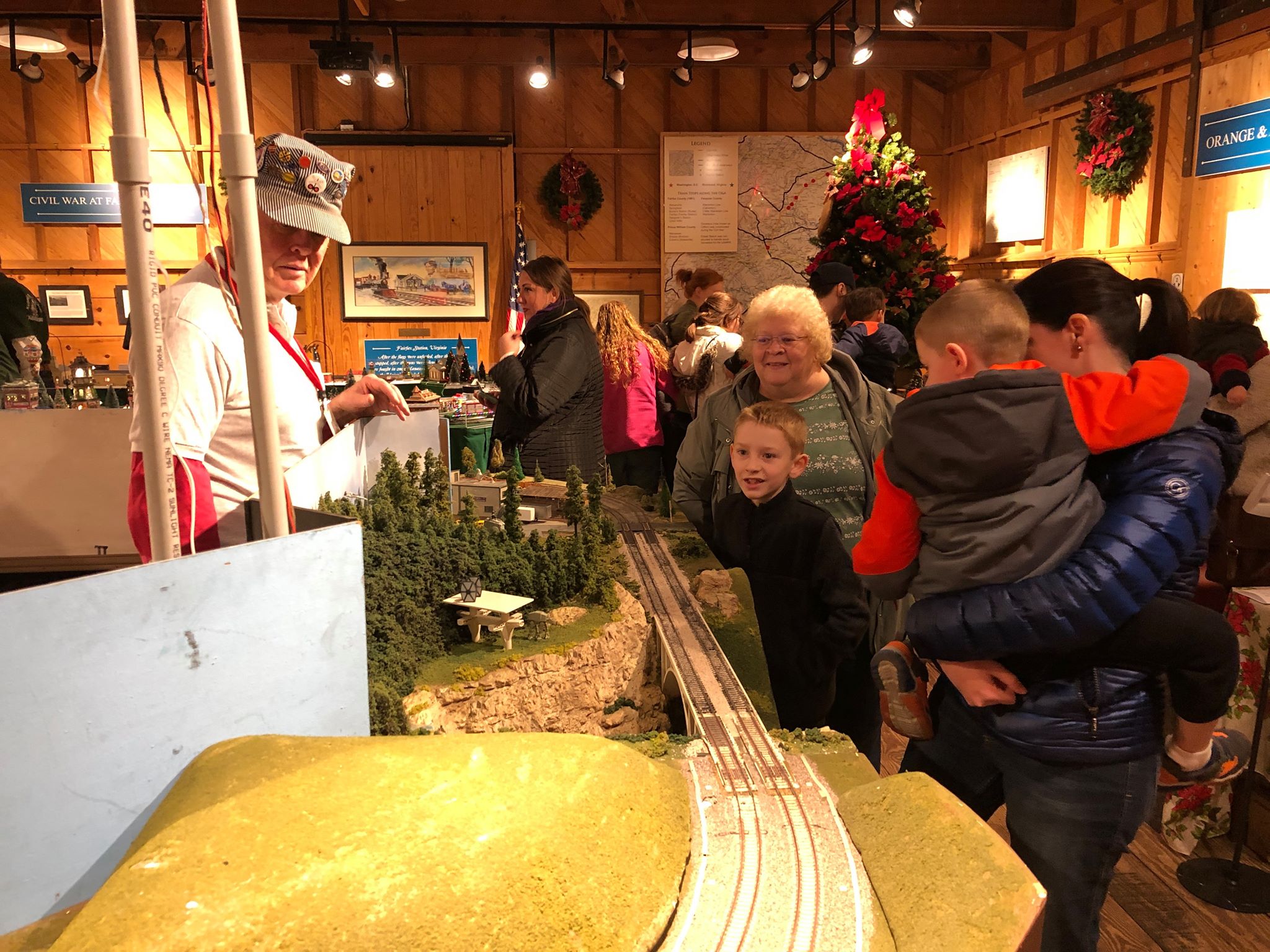 Back for its 30th year, the Holiday Train Show is the Fairfax Station Railroad Museum's biggest event of the year. This year's show will take place on December 7th and 8th and will feature model trains big and small to delight visitors of all ages. The event draws exhibitors from model train and railroad clubs and societies from all over the area with displays that fill the Station and grounds. There's even a "Loco Doctor" who will diagnose your sick train. And you may be lucky to catch a glimpse of Santa, too! 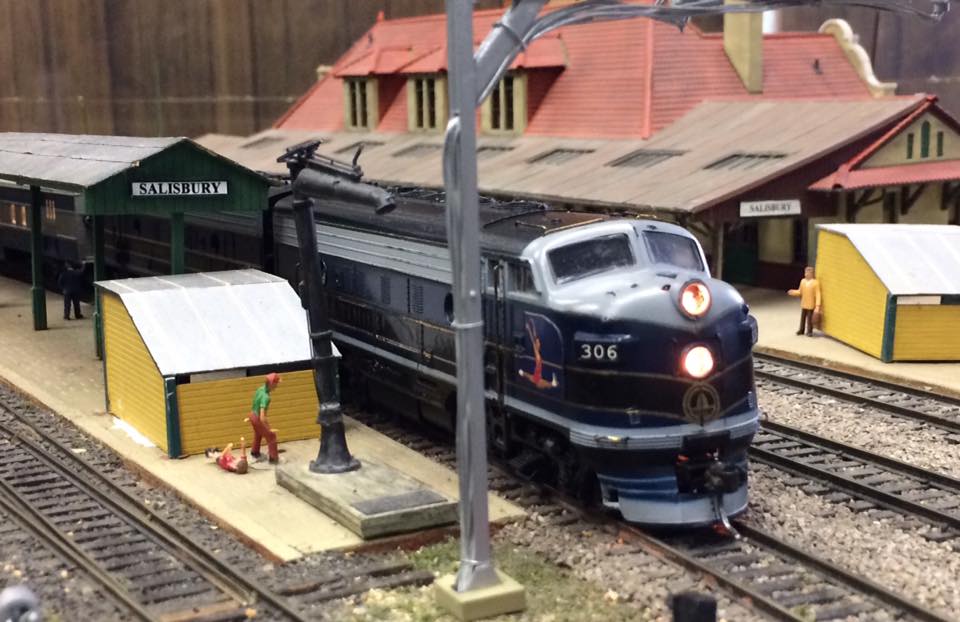 The Northern Virginia Model Railroaders (NVMR) is a club of model railroading enthusiasts headquartered in the historic train depot in downtown Vienna, Virginia. The club built and maintains a large and permanent model railroad layout (HO scale) and opens its doors several times throughout the year to the public, including during the holidays for a special "Vienna Holiday Stroll". The Vienna Holiday Stroll is taking place this year on Monday, December 2nd from 6 - 9 p.m. They will also host their regular monthly Open House on Saturday, December 14th from 1 - 5 p.m. Admission is free, but donations are accepted. 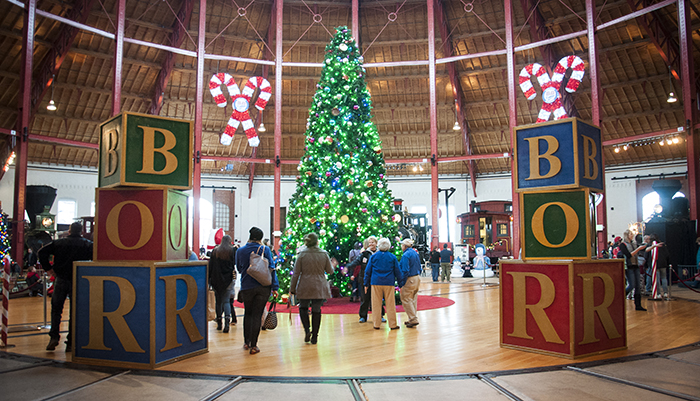 B&O Railroad Museum hosts so many great family-friendly events all year long, but the holidays are particularly special at this Baltimore landmark. This year, the holiday fun returns for the month of December with a whole new theme for 2019. Tidings in Transit celebrates both the story of the B&O and the spirit of giving by festively highlighting the four major regions along the railroad's original route and raising donations for four wonderful charities. In addition to the amazing model train displays, visitors will enjoy live entertainment and train rides with Santa, Frosty, or Winter Princesses.  The festivities run from December 2nd - 31st.

For more holiday family fun in the Washington, D.C. area, check out Free Fireside S'Mores at the Ritz! {and Other Free and Cheap Holiday Fun for Families in Washington, D.C.}