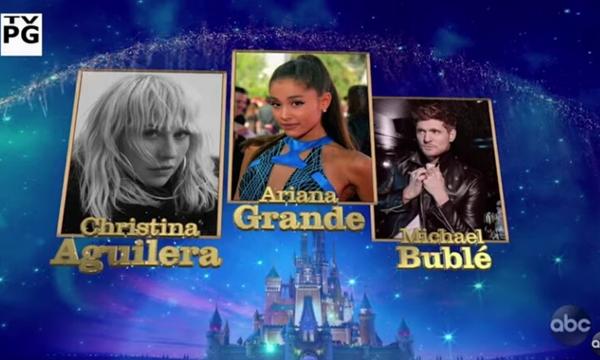 Hosted by Ryan Seacrest and featuring over a dozen beloved songs from your favorite Disney movies, "The Disney Family Singalong" is the latest in The Walt Disney Company's initiative to bring the magic of Disney into homes for fans of all ages to enjoy during this time.

The musical lineup includes beloved Disney classics like "Be Our Guest" performed by Derek Hough and Hayley Erbert, with a special appearance by Julianne Hough; "Can You Feel the Love Tonight" performed by Christina Aguilera; "Friend Like Me" performed by James Monroe Iglehard with Broadway Company of Disney's "ALAADIN"; "Let It Go" performed by Amber Riley; "Under the Sea" performed by Jordan Fisher and many more.

Even better, an animated character will guide on-screen lyrics so YOU can join in the fun!

The special will also incorporate PSAs about Feeding America, the largest hunger-relief organization in the United States, who has launched a national food- and fund-raising effort to support people facing food insecurity due to COVID-19.